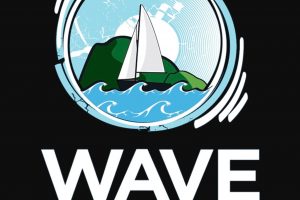 By Communications on April 14, 2020 in Cruisers

Following the cancellation of Volvo Cork Week, ICRA has decided to combine the National Championships with this year’s WAVE regatta which will take place in Howth from September 11-13th.

The decision was taken by unanimous vote by all the cruiser racer representative Board Members at a strongly attended ICRA meeting this week, with the full support and backing of the Volvo Cork Week team.  It took into account a number of factors, including the desire to ensure that the event took place if at all possible and was not cancelled again, the costs and implications of running a standalone event at this stage and the understanding of ensuring boats and crews had some possible opportunity to get up to speed before the event.

Commodore Richard Colwell commented “The ICRA Committee are saddened that the efforts of the Royal Cork  cannot come to fruition so we have considered several alternative options for our annual ICRA National Championships. It was agreed that it would be prudent in the current environment, to delay the important National Championship regatta until as late as possible to try and ensure it goes ahead this year, so we have taken up the offer from Howth Yacht Club to combine the event with the WAVE regatta in September.”

WAVE Chairman, Brian Turvey added “Our team in Howth is delighted to be able to lend support to ICRA for their 2020 Championships. Wave Regatta provides a relatively simple integration for the ICRA Nationals with much of the fleet already intending to compete and at a time of the year which suits many classes for their annual championships, not least that we are hopeful that the pandemic will have abated by then.” A revised Notice of Race will issue shortly.

Due to the uncertainty of which events will proceed, it has also been decided to cancel the original ICRA Boat of the Year schedule of races and keep under review. Once we get clarity on what events will be proceeding, ICRA will reissue a revised Notice of Race.