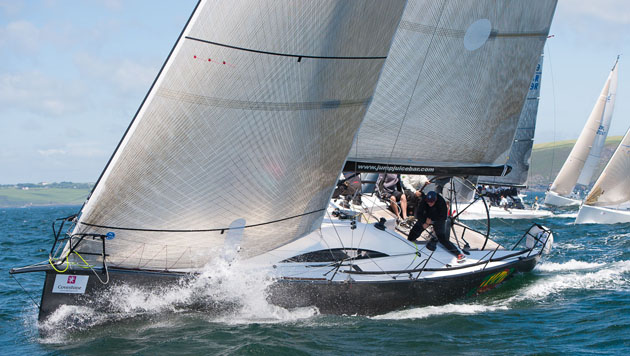 With less than five weeks to go for the 101( to date) boat fleet  for the ICRA Nationals/Sovereign’s Cup 2015, the first draft of the divisions has been issued by  handicap supremo Denis Kiely. The big news is that we will have a very different Division [class] 2 .  It is centered around .985 TCC to attract boats like the X-332s who have been a bit out of it in Division 1 in recent years with the advent of the Corbys, Archambault 35s and the J/109s.

So now, looking at the entries, Royal Cork has Jump Juice in Division Zero, We have Saxon Senator, Exhale and Jelly Baby in Class 1. In Class 2 we do not appear to have any boats sailing, while in Class 3 we have Alpaca and Bad Company. In Class 4 we have Sea Hawk, Bonanza and Ya Gotta Wanna. In Whitesail Division 6 we have Loch Greine.

There will not be any 1720 class in the Sovereign’s Cup this year but they will be sailing their National Championships the week before the Kinsale event and that will be hosted by Baltimore Sailing Club and sponsored by Danske Bank. 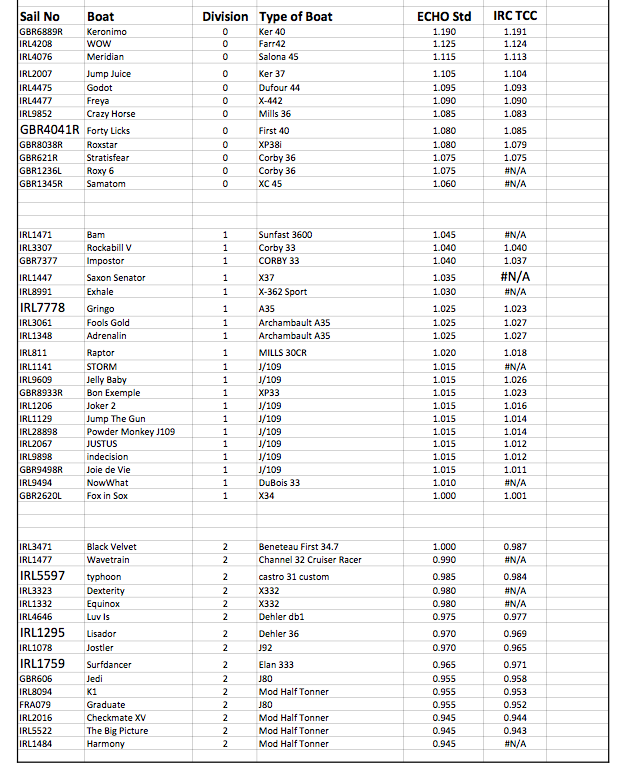 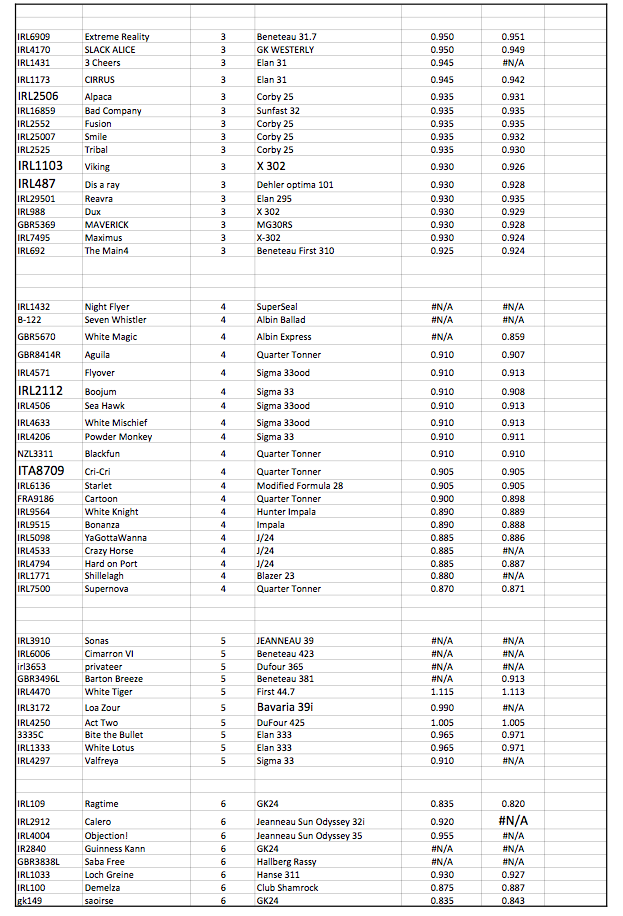