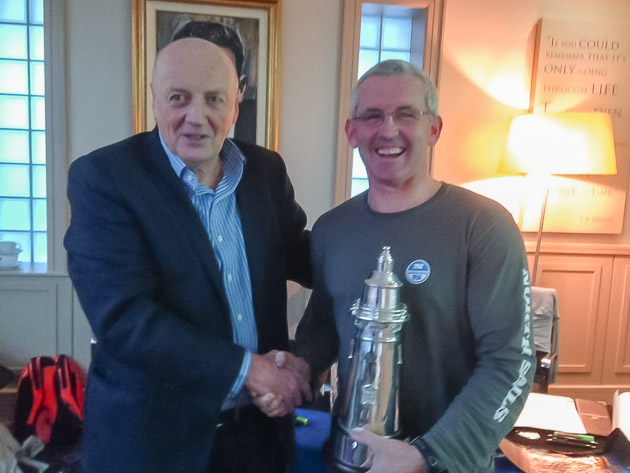 The ICRA Conference was held over the past weekend in Galway and was the occasion for the presentation of the restyled ICRA Boat of the Year Award. This was awarded to the winning three boat team of Anix, Catapult and Quoka. The award was accepted on behalf of the winning team by Maurice (Prof) O’Connell as The Team Captain, Anthony O’Leary, was in London to accept the RORC prestigious Boat of the Year Award 2014 for Antix.

Also at the Galway event the Notice of Race for the 2015 ICRA Nationals was published. This event will be sailed in conjunction with the Sovereign’s Cup in Kinsale and will take place from June 24th to 27th. This will take the format of an eight race series. It is also planned that ICRA will hold their National Championships at Royal Cork Yacht Club in 2020 as one of the events to celebrate the 300th anniversary of our Club.