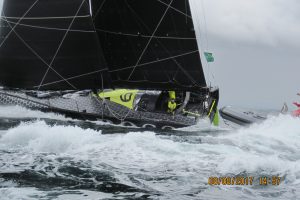 By office on August 9, 2017 in Cruisers, Latest, Uncategorized

It was dark with a few heavy showers and a lumpy confused sea off the Fastnet Rock yesterday when the ‘Hugo Boss’ eventually rounded the rock for the Rolex Fastnet Race 2017. Yes, she was behind her rivals having had to beat most of the way up to the Rock, but it was like she was winning the race with the enthusiastic flotilla of yachts, motor boats and RIBs waiting for her at the rock, with their own Nin O Leary (and Alex!) on board. Well done to all the well wishers from Baltimore, Crosshaven, Monkstown, Schull, Cobh and many more that braved the conditions and gave Hugo Boss a great welcome. It was certainly appreciated by Nin and Alex in their post-interview after finishing the race earlier this morning. Congratulations also to all Club members who are participating in the race. 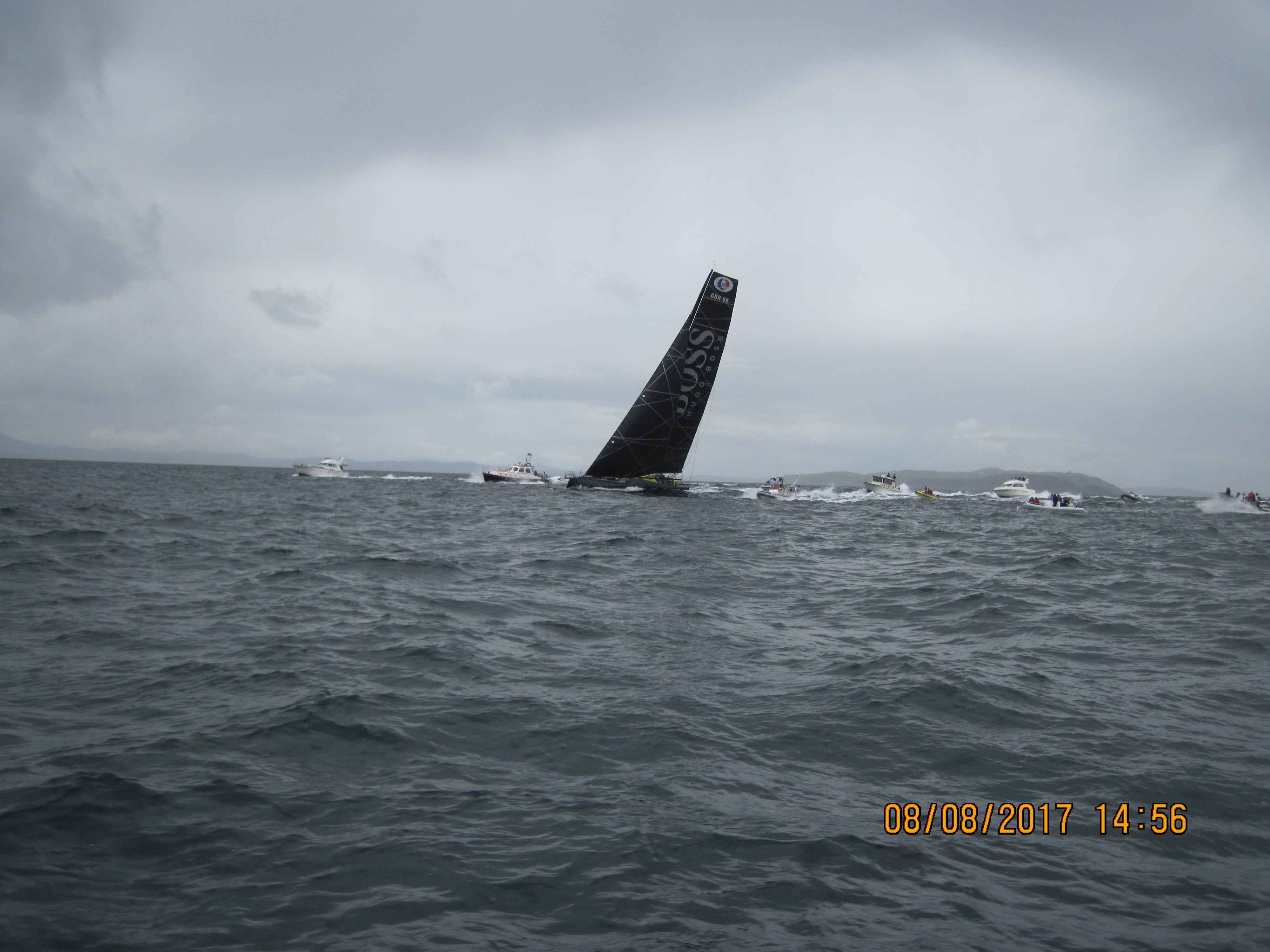