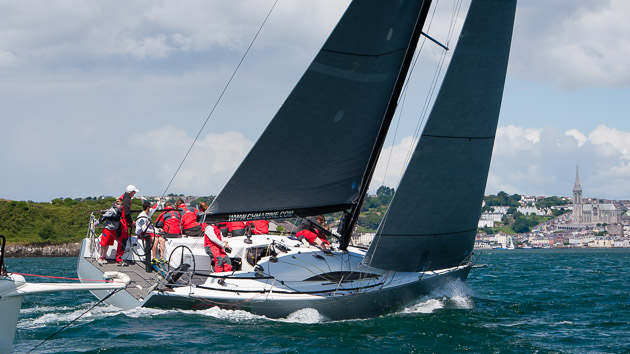 This year’s event features nine teams, comprising four from France, one from Ireland and four from Britain (including one from Scotland), two more than 2012. Over the last few days crews from all teams have been putting the finishing touches to their campaigns. The thundery conditions of the last 48 hours have provided some lively moments for boats being delivered to Cowes, with one French boat experiencing 55 knot winds as she crossed the Channel.

As ever the RORC’s flagship event for national teams with amateur crews comprises a challenging mix of inshore and offshore racing. 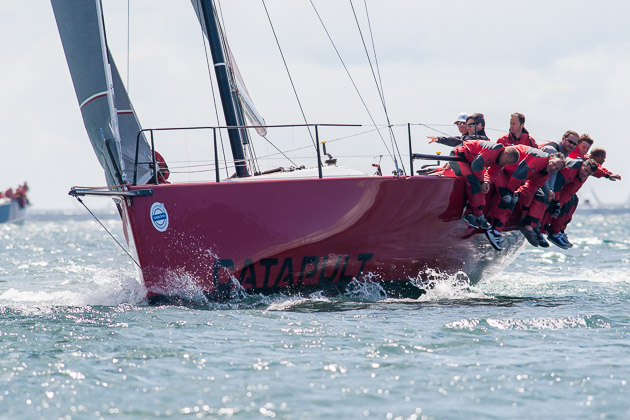 The event will commence tomorrow (Sunday 20th July) with two inshore races, the first warning signal at 1055 BST. Over Monday-Tuesday the boats head off on an overnight offshore race, the longest of the regatta (set to last 24-36 hours) and carrying the highest points co-efficient of 2.5. Inshore racing resumes on Wednesday and Thursday followed by a race around the Isle of Wight on Friday, with a 1.5 co-efficient, the event concluding on Saturday with an inshore race carrying a co-efficient of 2. In past years the event has gone to the wire, with the final outcome only decided on the last race.

Royal Cork’s Anthony O’Leary in Antix will lead the strong Irish challenge and the other members of the three boat team are Marc Glimcher’s Catapult of BSC, the big boat of the team, and Michael Boyd and Niall Dowling’s Quokka sailing under the burgee of the RIYC and chartered for this event.

Going into the event it is very hard to judge which team is favourite. “Who is going to win? No idea!” says RORC CEO Eddie Warden Owen. “The Irish are looking very strong with Antix having won the IRC National Championship. Marc Glimcher’s Catapult has proven to be the strongest Ker 40 and Quokka won Cork Week last week with her Irish crew. I have to believe that they feel confident competitively. And the French are here with a purpose. They had one team two years ago and they said `we want to win this event’ and they have come back with four teams. We know some of their sailors but we don’t know the quality of the boats – we’ll find out tomorrow. We know they will be good, particularly offshore.” 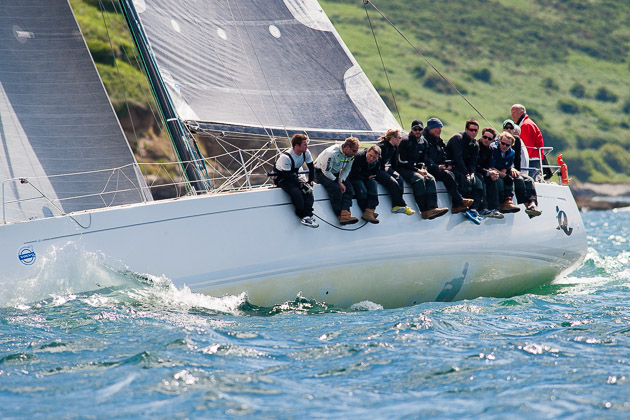 An interesting aside to the competition this year for the Irish team is that one of the French competitors Bernard Guoy’s Ker 39 Inismor very well known to the Irish and recently having competed in the Round Ireland Race, will once more be facing her near sister Antix.

All in all interesting times ahead for the coming week in the Brewin Dolphin Commodores’ Cup and we wish the Irish team the very best of luck.

Excellent Tenth place position overall for James McCann of Royal Cork Yacht Club at the Optimist European Championships
A great start to a journey with a long way to travel!