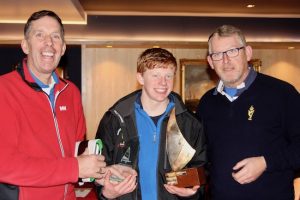 The annual Topper and Laser Frostbite Series concluded this afternoon following racing each weekend during November.  Fifty one sailors registered and we were delighted to welcome sailors from around Cork Harbour and further afield.  The weather varied from light on week one to gusting up to 25 knots on week two.  The third week saw racing cancelled due to the weather conditions but thankfully this morning 31 sailors launched to race on the Curlane Bank. 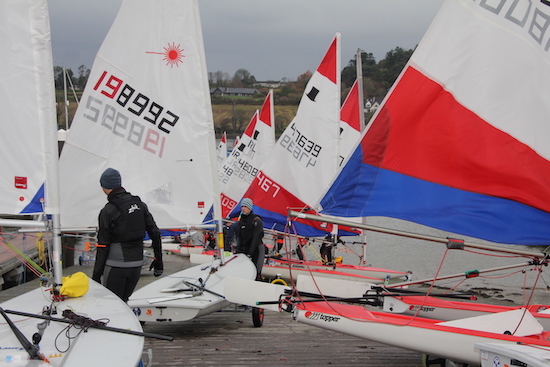 It was still all to play for after race 7 (2nd of today) as a second discard came into effect after 8 races.  PRO Ciaran Mc Sweeney got a third race completed before sending the fleets ashore for hot chocolate and the prizegiving.

The Laser 4.7 Fleet was won by Cathal O’Regan who beat club mate Jonathan O’Shaughnessy on countback.  Harry Pritchard secured third after a bullet in the final race of the series.

In the Laser Radial Fleet the winner was Micheal O’Suilleabhain (Kinsale YC/Royal Cork YC) with a net score of 7 (never falling out of the top three spots across the league).  Sophie Crosbie was 2nd with Chris Bateman in 3rd.

The Topper 5.3 Silver Fleet was won by Anna Keal and the Gold Fleet winner was Oisin MacSweeney who had consistent results across the series.  Second was Hugh Lynch who counted two bullets and a second on the final day of racing.  Eoin Horgan held off clubmate David Jones by one point to secure third place. 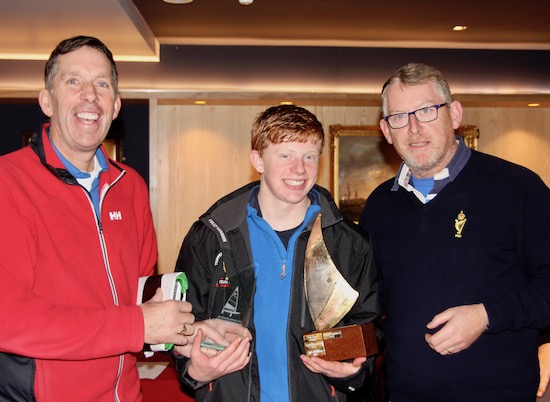 Final Results can be found here.

Many thanks to the parents who assisted with race management, mark laying, safety, hot chocolate making, results and trolley pulling each week.  This ensured the event was a great success.

Prizegiving photos can be found below. 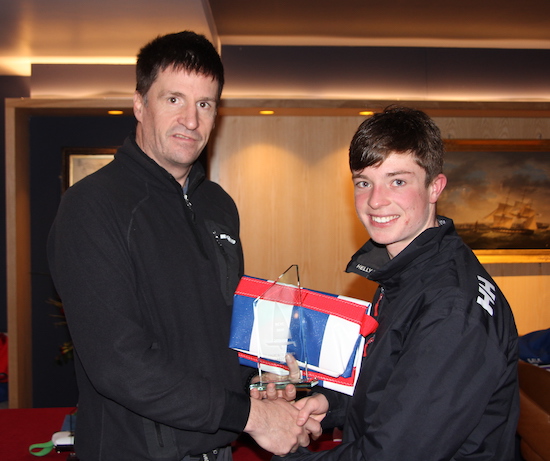 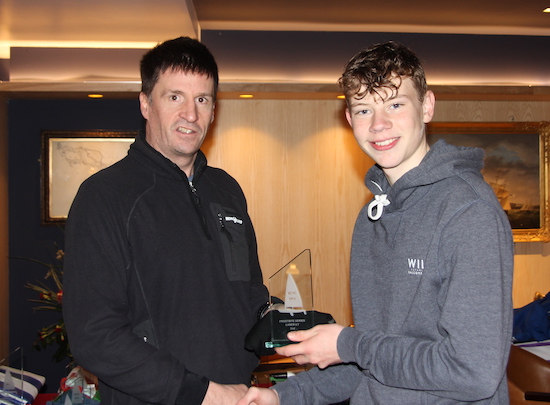 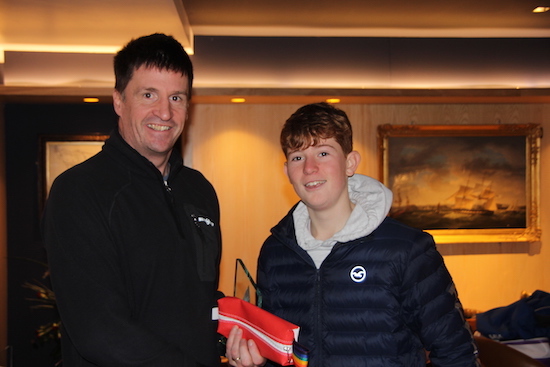 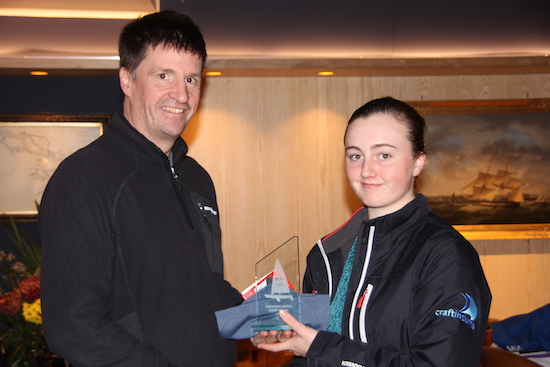 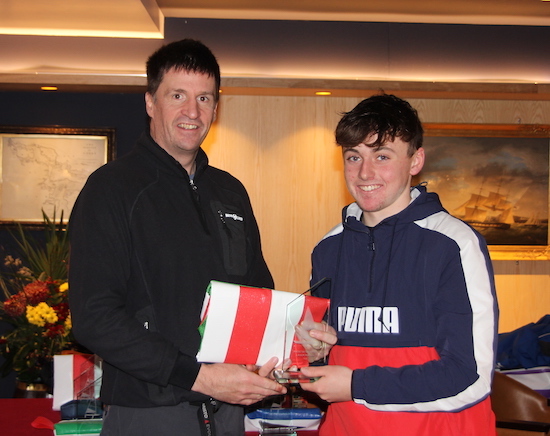 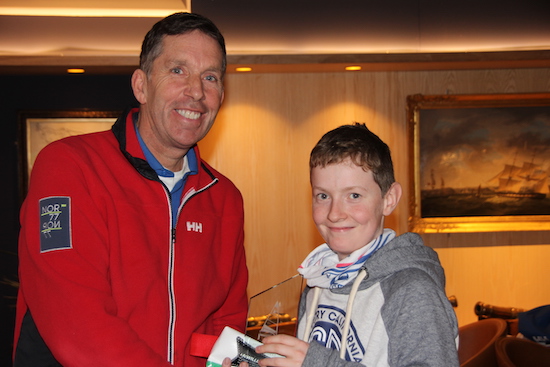 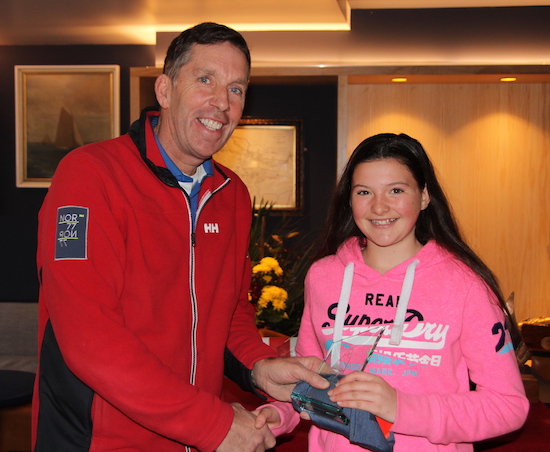 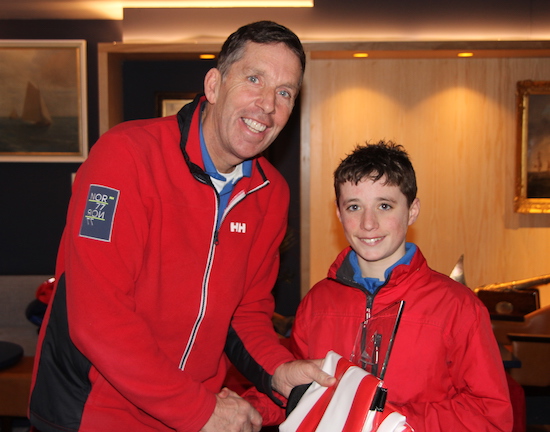 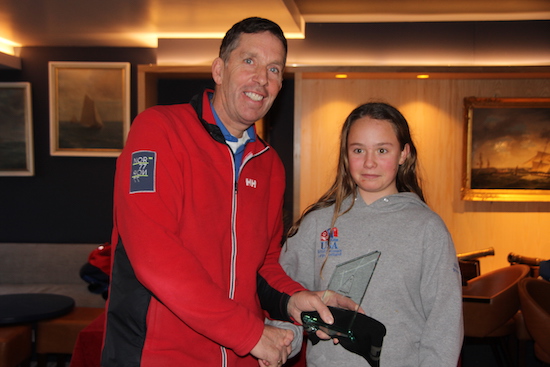 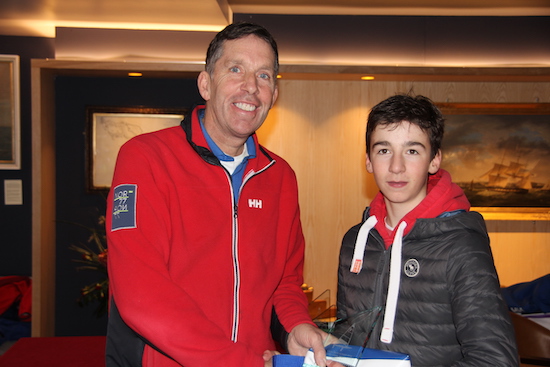 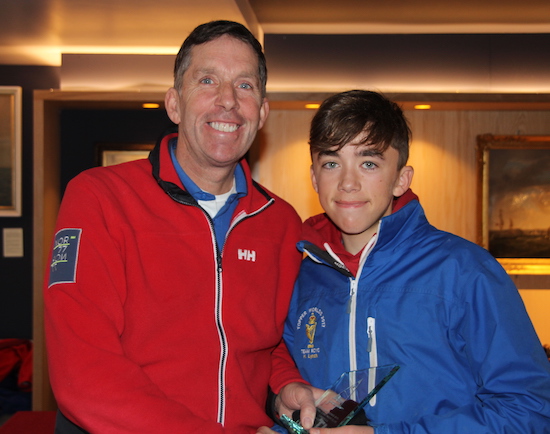