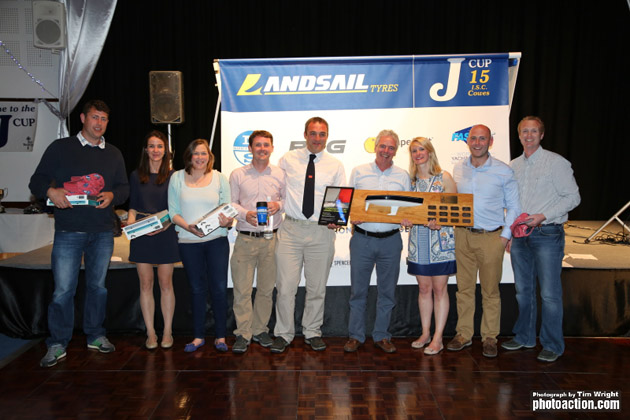 “To go up on the stage with all the team and win the championship was fantastic, a great moment.” commented Jelly Baby’s Ian Nagle. I couldn’t hope for a better crew and we are delighted we came over and I hope that we will get a lot of boats over for Cork Week next year. We came here because we had done most of the events in Ireland and we wanted a different challenge.”