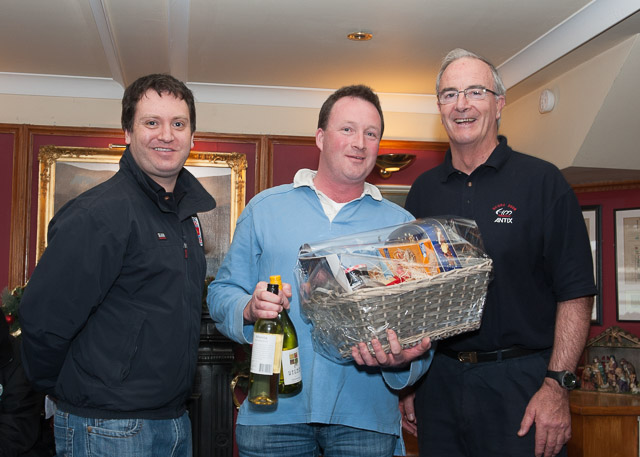 Today saw the final race of the season with the last race of the O’Leary InsuranceWinter League.  This was a well supported league for the time of the year with up to twenty eight boats on the start line starting from the Grassy each week.  Today after racing, a large crowd in high spirits after the Munster win, were there for the presentation of the overall prizes.  At the commencement of the prize giving Admiral Peter Deasy spoke briefly and pointed out that as it was the last race it would be Ronan Enright’s last event as Rear Admiral Keelboats.   This was greeted with a long and sustained ovation and Sponsor Anthony O’Leary then made a presentation of a hamper to Ronan and then carried out the prize giving with each winner receiving a Christmas hamper.

The all in IRC and Progressive Handicap and the Class 1 prize was awarded to  the Colman Garvey and Martin Darrer True Penance.