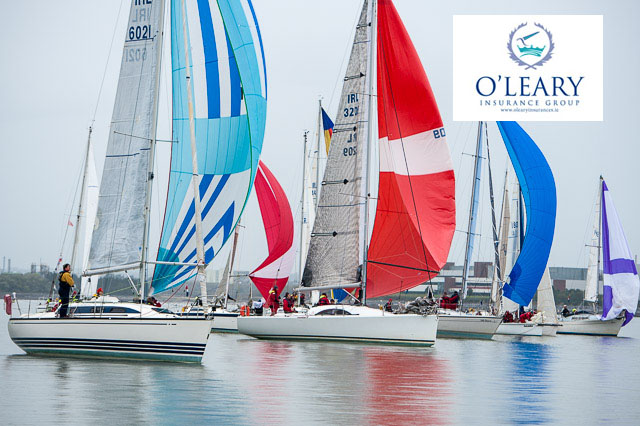 Twenty five boats came to the start line for day one of the O’Leary Insurances Ltd. sponsored winter League. They were greeted by a light west south west wind and a flood tide with rain just commencing. It was an all in start at the Grassy line with Peter Webster as Race Officer. The start had a significant effect on the outcome. The question was whether to start from the middle of the line with spinnaker but it was those who started at the cage and two sail reached across to No.5 who seemed to fare best in the results. These were Denis Murphy’s Aquatak, today’s all in winner in both IRC and ECHO , Liz and Kieran O’Brien’s Magnet winner of Class 2 ECHO, and Michéal Lynch’s Lady T who took first in whitesail ECHO and , slightly to weather of them but making good progress, was Conor Phelan’s Jump Juice winner in IRC One and ECHO. 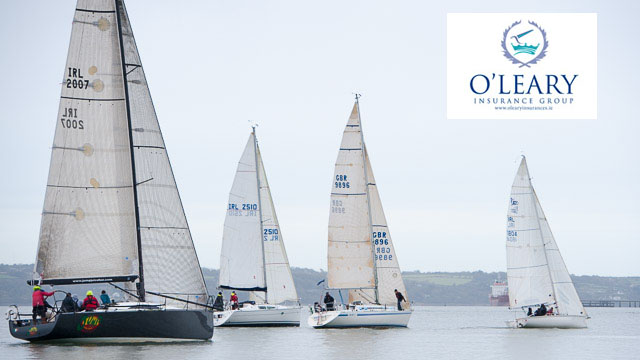 Getting the best of the start! Picture Robert Bateman 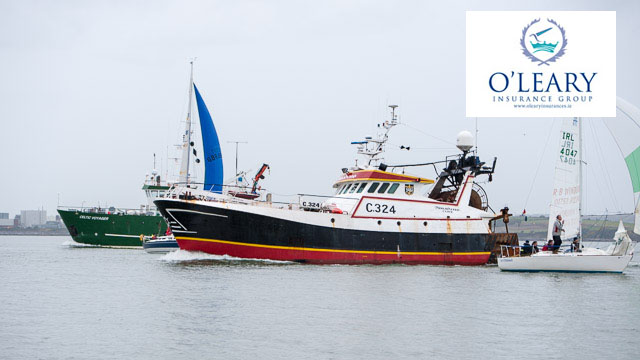 Close encounters of a different kind

The following fleet got somewhat caught up with Celtic Voyager, the fisheries research vessel, steaming in tandem  with the trawler Amadeus, but all was well and the fleet  rounded No. 5 and disappeared in the direction of Cuskinny with your intrepid photographer having had enough of the elements and poor photographic conditions, departing to home comforts!