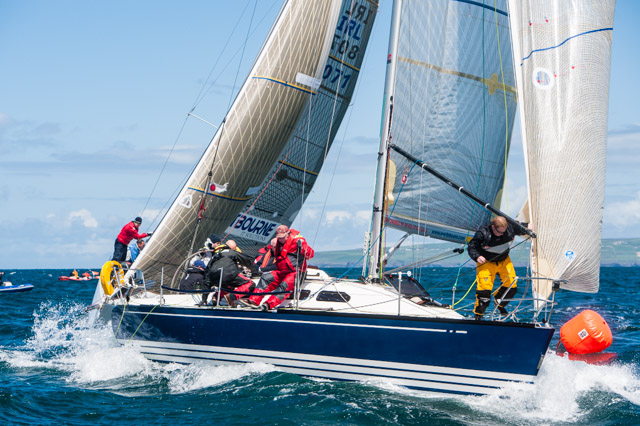 Eight boats were entered for the Crosshaven to Baltimore race for the start of Calves Week but in the light of a force 5 South Westerly forecast only four came to the start line and of those one retired at Glandore.  That left three boats battling it out cross tacking all the way to finish within six minutes of one another.  And so, in IRC Derry Good’s Exhale was the winner followed by Frank Doyle’s End Game and Wan and Eric Waterman’s Saxon Senator in that order.

At the time of writing the Cork Dry Gin reception has just finished and,with sixty boats entered for the week, the event runs from tomorrow (Tues) until Friday with the Fastnet race scheduled for Thursday.