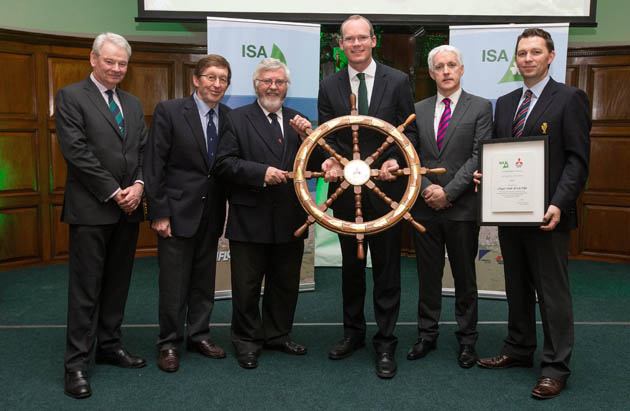 The 2014 ISA Mitsubishi Motors Club of the Year went to the Royal Cork Yacht Club (RCYC) for a year of incredible sailing programmes from high performance events to grass roots initiatives. The organisers of the well-established and highly regarded Volvo Cork Week international racing event, adapted entry costs and time commitment to make the event more accessible. While the Women’s World Match Racing event demonstrated excellent organisation and show cased Ireland and Cork as a desirable World class sailing event destination. Their members also tasted glory at junior and youth levels with Séafra Guilfoyle’s silver medal at the ISAF Youth Worlds in Portugal as one of the standout performances of Irish sailors in 2014. At grass roots RCYC started their ISA Women on the Water Ireland with an entire week of taster sessions in different types of boats at different times of the day, to give local ladies a chance to give a try, then followed up with dedicated coaching for adults to work on their sailing skills. Their commitment to quality and high standards is second to none and they have a special dedication to fulfilling the needs of their members from organising extra coaching for the keen young members to skippers information nights for the cruising sailors.

There were four nominations for Club of Year and it was a close call between them as each has proven to provide incredible support to Irish sailing in 2014, other nominees were Royal Irish Yacht Club, Baltimore Yacht Club and Galway Bay Sailing Club. 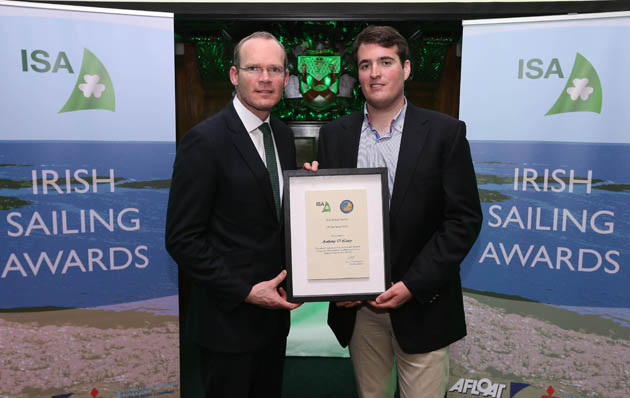 Simon Coveney TD, Minister for Agriculture, Food and the Marine, presents Rob O’Leary, who is accepting the award on behalf of his father Anthony O’Leary of the Royal Cork Yacht Club;  for the ISA/Afloat Sailor of the Year. Picture Inpho Photography

The outstanding performance of Anthony O’Leary in the 2014 Commodore’s Cup and O’Leary’s consistent pursuance of sailing excellence brought him and his team to win the celebrated 2014 Afloat/ISA Sailor of the Year Award.
In July 2014 Cork’s Anthony O’Leary and team emerged overall winners of the Brewin Dolphin Commodore’s Cup with a 174 point winning margin over 2nd place in this incredible 9 team event.

The Commodore’s Cup is considered  the premier “Team Championships” for IRC racing and not an easy event to win. In addition to winning the prestigious Commodore’s Cup , they also won the award for best in the inshore series, best individual boat and the Edward Heath Cup for a European team.

O’Leary also brought the coveted trophy for the 2014 ISA All Ireland Sailing Champion back to his home club, Royal Cork Yacht Club, in July 2014. He and his team were winners of the Afloat Sailor of the Month in June 2014 and stood for nomination for the 2014 Afloat/ISA Sailor of the Year Award alongside 12 other sailors and sailing teams.

The Royal College of Surgeons  was packed with Olympian sailors, club commodores, class captains sail training principals, sailing champions and heroes. All gathered together to celebrate a year of incredible sailing at the Irish Sailing Awards, from racing to adventure cruising, both young and “not so young”. There were four 2014 awards presented – Afloat/ISA sailor of the Year, ISA Youth Sailor of the Year, ISA Mitsubishi Motors Club of the Year and ISA Training Centre of the Year. Minister for the Marine Simon Coveney, himself a member of the Royal Cork Yacht Club gave, an excellent  speech thanking the Irish sailors for their remarkable achievements and he looks forward to a future of incredible development of our marine infrastructure in Ireland.

There is no doubt that the list of 2014 Young Sailor of the Year nominees packed quite a punch and the outstanding performance of Ireland’s aspiring Olympian Finn Lynch in 2014 saw him win the title of ISA Youth Sailor of the Year. Finn brought the Under 19 Laser Standard World Sailing Champion’s award back to his home club the National Yacht Club in Dun Laoghaire.

The 2014 ISA Training Centre of the Year went to Mayo Sailing Club for their incredible commitment to training in 2014, through the employment of Noelle Doran to run their Junior Programme and creating a fully integrated online booking system, to facilitating many ISA workshops in the region and fully embracing all the ISA participation initiatives and developed disabled sailing access with a new hoist and accessible pontoon. After purchasing a fleet of ISA dinghies they can now offer sailing to non-boat owners. Communications, marketing and the standards shown at their centre inspection were exceptional.

2014 ISA Young Sailor of the Year nominees, 2014 most notable achievements and words of wisdom

Adam D’Arcy – Topper Worlds silver medal “I would tell them to remember that pressure is for tyres” (Words of wisdom from Simon Doran ISA coach)
Aisling Keller – 4th under19 at U21 Worlds “Never give up! The wind gods are not always in your favour.”
Finn Lynch – under 19 Laser Standard World Champion “If you want to be competitive my advice would be to work harder than everyone else! Otherwise to just enjoy sailing is very important I think.”
Séafra Guilfoyle – ISAF silver medal “Never give up”
Nicole Hemyrck – 4th 4.7 Laser Europeans “It is important that you have confidence in your own abilities sailing.”
James McCann – 10th Optimist Europeans “Train hard but enjoy it at the same time.”
Aoife Hopkins – 5th Under 17 Radial World Youth Championships“Don’t give up, always keep trying, especially if you have a bad race, bad week, bad month, even a bad year! Hard work will pay off in the end.“

Congratulations to one and all. 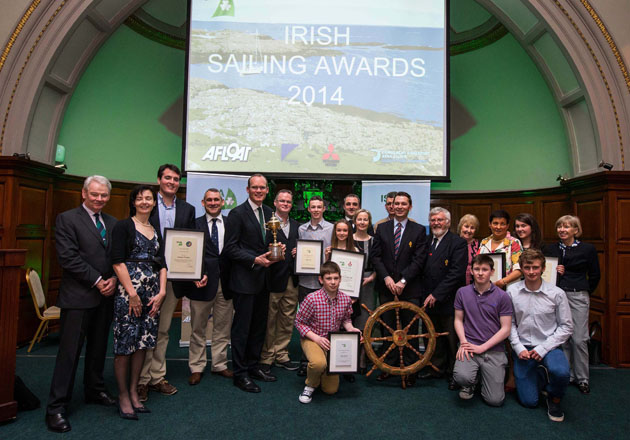 Simon Coveney TD, Minister for Agriculture, Food and the Marine, with award winners and guests at the Irish Sailing Awards Ceremony held at the Royal College of Surgeons, Dublin. Picture Inpho Photogtaphy