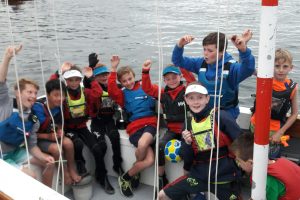 By Annamarie Fegan on July 10, 2017 in Junior Sailing, Latest

Over thirty of our dinghy sailors travelled across the harbour last Saturday to take part in the MBSC ‘at home’ Regatta for what transpired to be a great day, both on and off the water.

Fantastic sunshine and a nice light breeze made for ideal conditions . Club boats Adriele and Nemo which were assisted by a number of our RIBS, also travelled to shepherd our younger sailors to and from Monkstown.

Two good races were followed by a BBQ ashore in the MBSC club house which was packed to the rafters. Lady Admiral Gwen was amongst the many Royal Cork members young and old who travelled.

Our optimist sailors did very well with the O’Neill brothers (Craig and Andrew pictured below) laying down a marker for the future when they graduate into gold fleet sailors; Craig won Bronze and Andrew won Copper fleet. The silver fleet was won by George O Keeffe ( MBSC/ RCYC) ,with Rory O Sullivan taking the Main fleet overall . Best local sailor went to Richard McSweeney ( MBSC/ RCYC), while Sophie Crosbie was also on the podium sailing a laser 4.7 . Another all family affair were the Lettice McDonald brothers who were also called to the podium. The RS200 class saw the new paring of Mia Murphy and Jennifer O’Shaughnessy take the winning prize.

Sincere thanks to MBSC for a very enjoyable day and also to our club members Andrew Crosbie and Saki Curtin who co-ordinated watched over all our dinghy fleets. We look forward to a large Monkstown contingent taking part in the Royal Cork at home which is scheduled for the final weekend in August. 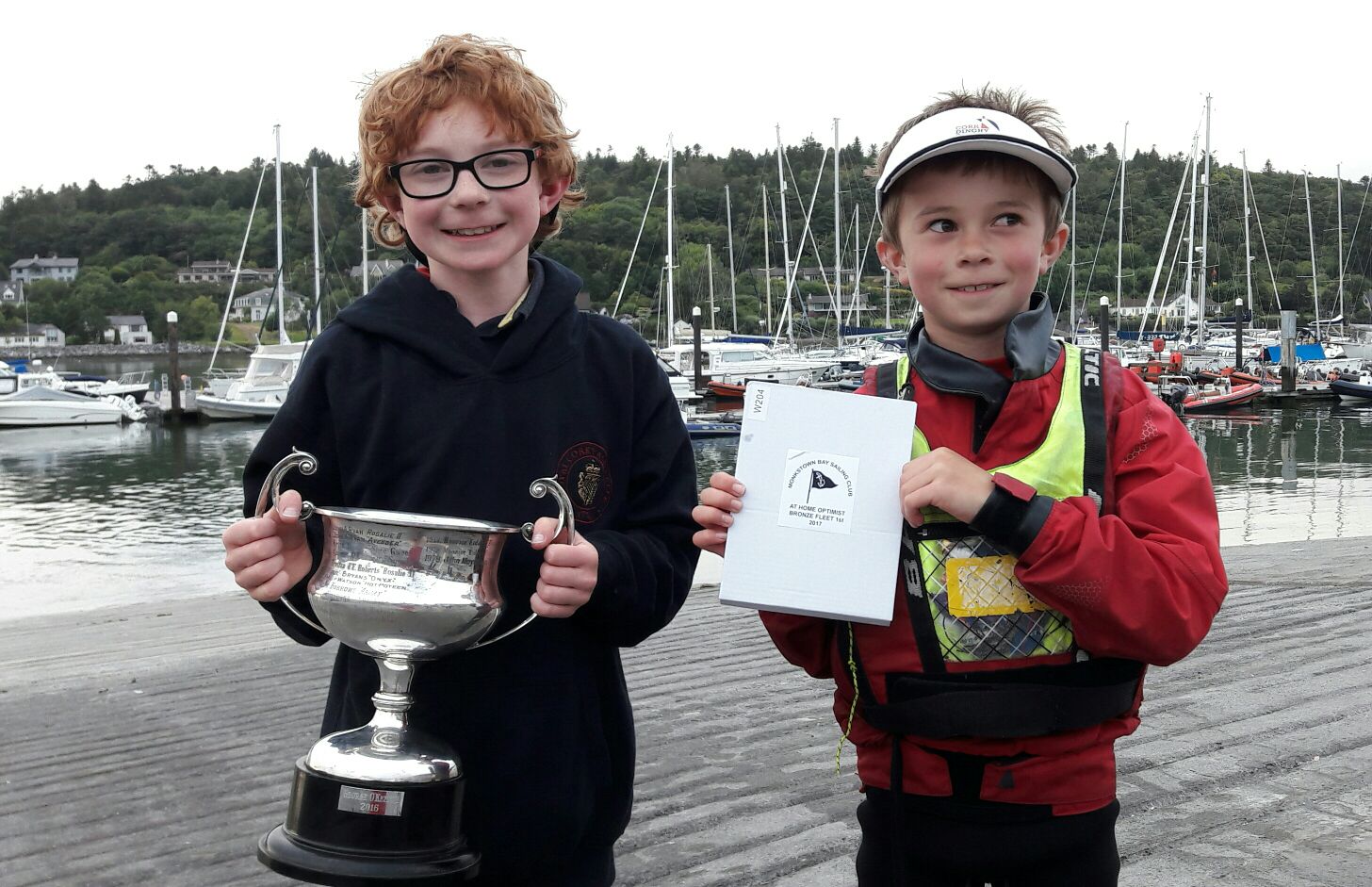