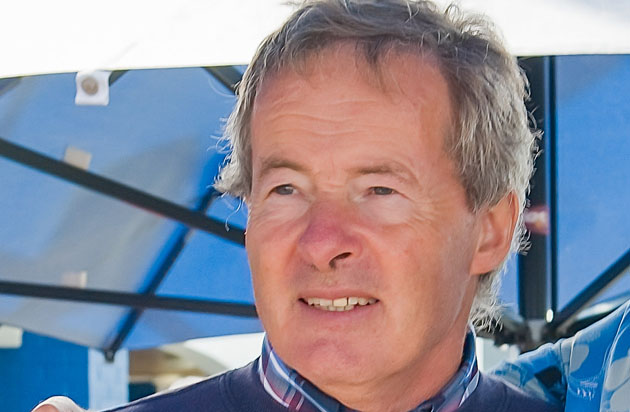 It is with regret we inform the membership of the Royal Cork Yacht Club of the sad passing of Honorary Member of the Royal Cork Yacht Club Joe English at the age of 58 years today. There wlll be very few members of the sailing fraternity who will not be familiar with Joe’s name and his numerous exploits and wonderful successes on the national and international sailing circuit.

The English family name is synonymous with Cobh and sailing. A great love of the sea had been fostered in the family by parents Eamonn and Mary English, both past Commodores of Cove Sailing Club, and life long lovers of all things marine and this love of the sea extended to Eddie, Joe, Denis and John Paul. Their late father Eamonn was a keen yachtsman and member of the Royal Cork Yacht Club. Joe’s brother Eddie is also very well known on the sailing scene and in particular for his Sail Cork Sailing School, outdoor sailing pursuits, courses for all age groups and training voyages to many foreign waters.   Younger brother John Paul has been involved in skippering ocean going yachts for many years and just recently returned to Ireland to open the Oar Bar in Crosshaven.

Joe was very proud of the fact he had started out his sailing career in a Measle, a long forgotten precursor of the optimist Class, and who could have imagined the turn his career would take when he went on to include many Admiral Cup races, involvement in a winning America’s Cup team and skippering the Irish entry in the Whitbread Round the world Race. He first competed in the Admiral’s Cup in 1977 on Clayton Love’s Big Apple and then went on to sail in the notorious 1979 Fastnet Race in Denis Doyle’s white Moonduster, the precursor of the famous Frers designed and Crosshaven built beautifully varnished Moonduster. Also in 1979 while based in Sydney he competed in several major events including the Southern Cross and Kenwood Cup Series. Back in Cork in 1980 he competed in and won the One Ton Sailing Cup with Harold Cudmore on the Tony Castro designed ‘Justine’ and also won the two ton cup in Sardinia a year later.

However, fate turned out to be not very kind to Joe and he was diagnosed with early onset Alzheimers some ten years ago and that was to end his wonderful career as a professional sailor.

Our profound and deepest sympathy goes out to Joe’s beloved wife and carer, April, to his daughter Aoife, twin sons Robbie and Conor,  and all his extended family,  from the Admiral, Executive Committee, Members and staff of the Royal Cork Yacht Club.