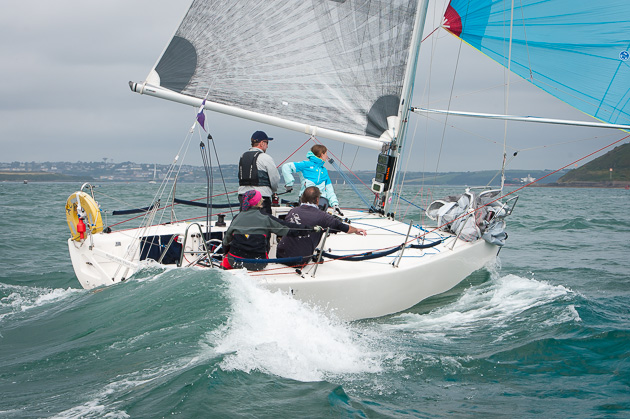 Deirdre and Paul Tingle’s ‘Alpaca’ revelling in the conditions at the At Home Regatta. Pic Robert Bateman

Racing today started in a South Westerly breeze and with the sun shining in the morning produced sparkling sailing conditions for the National 18s who were having their South Coast Championships at the At Home weekend. 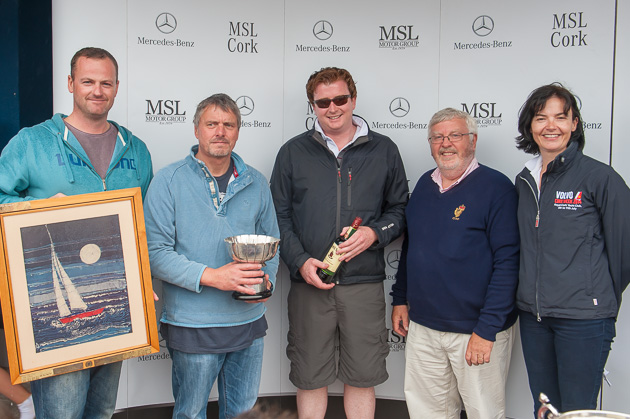 Not so lucky were the dinghy fleets sailing on the Curlane Bank as the forecast cloud arrived overhead providing what photographers call slack light. The sun was there but behind the clouds. However, the stable breeze made for great racing on the day.

By the time the sailors had returned from racing the patchy mist and light rain had begun to make its presence felt but this did not deter them and the general attendance from enjoying the superb afternoon tea of sandwiches and scrumptious cakes aplenty and then on to enjoy the various activities. The children took the crab fishing competition very seriously and stood over the measurer, Stuart Daly who had the onerous task of measuring the crabs while trying to mind his fingers!  There was face painting, tug o war for the young sailors with the girls team showing their prowess to beat the boys. There was the serious business of the Boules match for former Admirals and the current Admiral cheered on by the large attendance and then on to the prize giving.

Admiral Pat Lyons thanked the Sponsors, MSL Motor Group and he highlighted in his speech the number of championship winners from the club and pointed out that even today we had two further winners when Johnny Durcan won the 4.7 class at the Irish Laser Nationals. Rebecca O’Shaughnessy took First Lady in the 4.7 class and Cian Byrne took second place in the Radial Class.

The Admiral then presented all the many prizes and trophies with assistance from Rear Admiral Keelboats, Kieran O’Connell, and Rear Admiral Dinghies, Celine McGrath. Then at the conclusion of the prize giving as the rain and wind had become more pronounced and all the events had successfully taken place, the good humoured attendance started to make their way home having had a thoroughly enjoyable At Home at the club 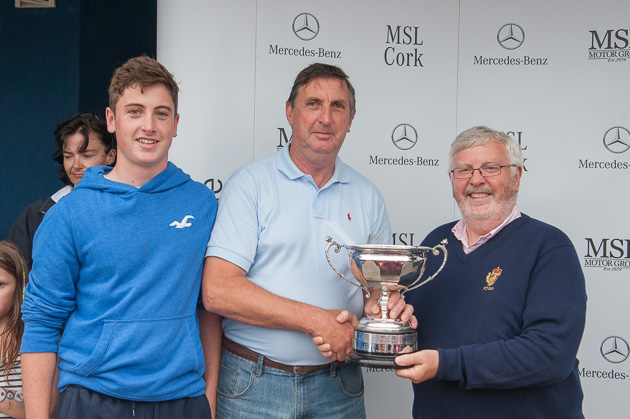 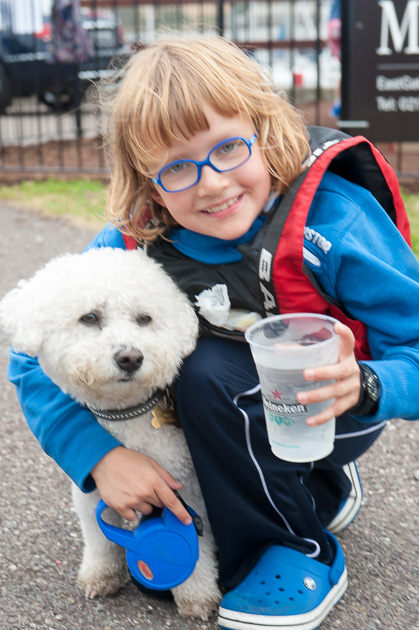 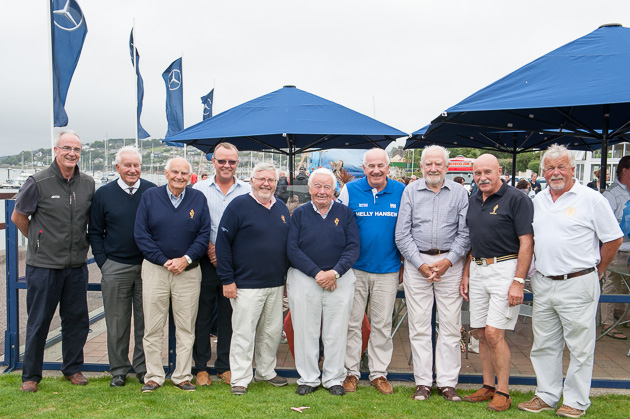 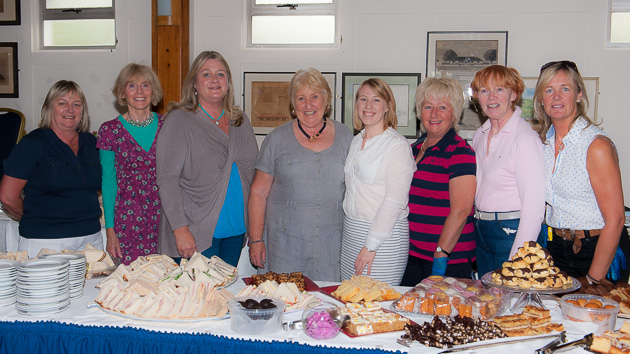 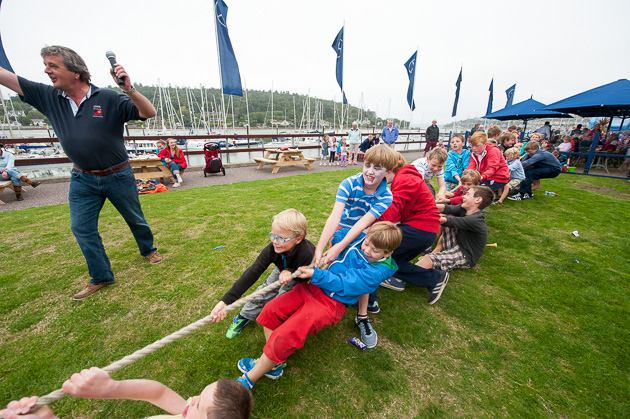 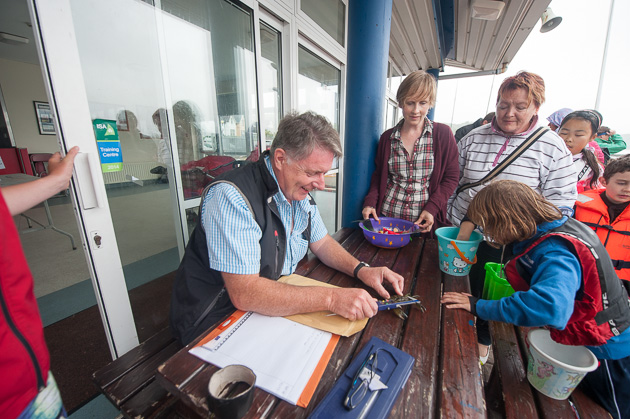 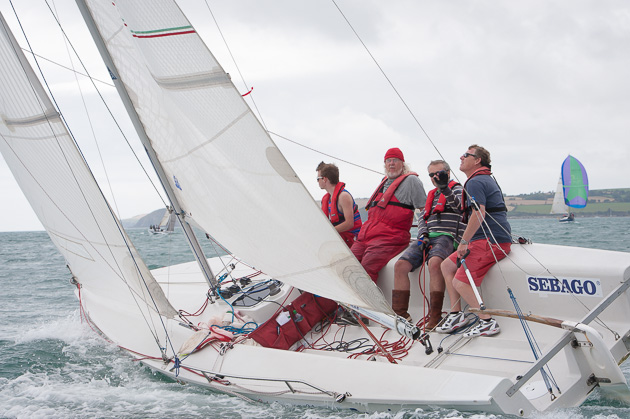 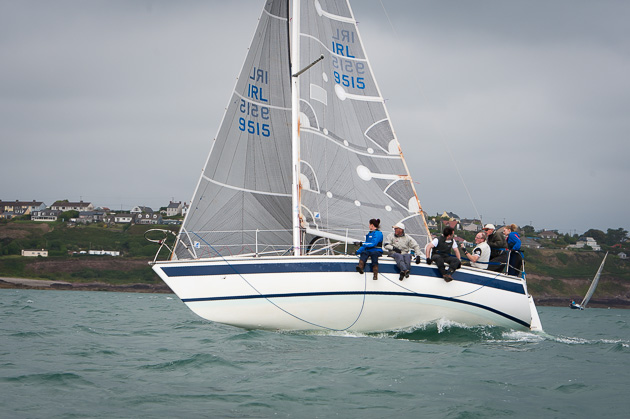