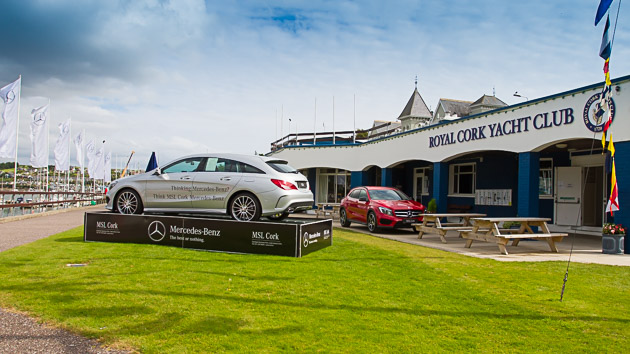 Following on yesterday’s glorious sailing conditions, today produced light winds to the extent that dinghy racing was abandoned. However, a light breeze filled in and the cruisers got one race in.

However, whatever was lacking in wind was made up for by an oasis of sun, light and warmth pervading the club grounds with everyone present having a wonderful day with plenty of activities on the menu. The crab fishing competition as usual attracted an enormous entry with the official measurer, Stuart Daly, hopefully on double time for his efforts in measuring and enduring some pinches from a few crab claws. 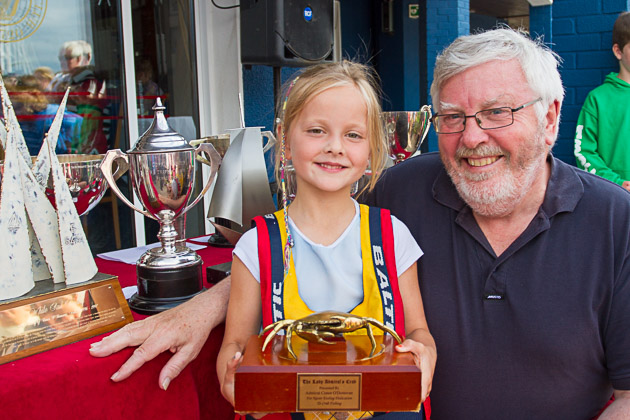 Next up was the Optimists parents race which produced some mind boggling effort of doing a course of two rounds in front of the club to the sound of jeers and cheers from the assembled throng,.

For all the youngsters there was the annual tug o’ war, face painting, and treats for the children. The Royal Cork recently introduced childrens play area was filled to capacity with happy children having a great time.

The Admiral’s Lady and her helpers served afternoon tea to all present with a sumptuous selection of home baked delights provided by the ladies of the club and always extremely popular with the members present..

Finally it was time for the prize giving attended by Liam Mullane of the Sponsors MSL Group Ltd., Eastgate Park, Little Island, Cork. but prior to the commencement of the prize giving, there was a very poignant moment when a special new trophy was presented to the club. This magnificent trophy was presented to the club by Mrs. Brenda O’Donovan in memory of her husband the late Conor O’Donovan, a former Admiral of the club to whom she paid tribute in a very moving address. The trophy is magnificent and shows five sails representing the five yachts he had in his lifetime. The first recipient of this new trophy was John Downing who flew into Cork specially for the presentation..