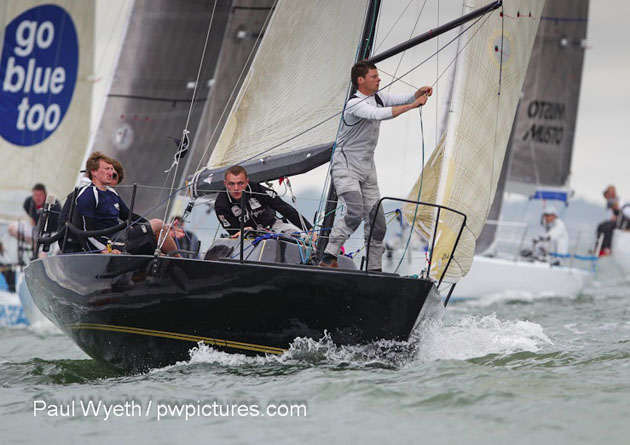 Today was a good day for the Irish competitors.  In Race Four Ian Travers/ Eamon Rohan Per Elisa had a win in Race One and Diarmuid Foley’s Anchor Challenge, helmed by Paul Gibbons with Mark Mansfield calling the shots won both Races Five and Six.  George and Neil Kenefick’s Tiger had a second in Race Five but was one of four boats with a BFD in Race Six which brought them down a bit.  Jason and Dominic Losty in their refurbished Illes Pitiuses had a 2.5 in Race Six so all in all a good day.

In the Corinthian result Tiger has five wins plus her black flag which in this division she was able to discard so she is now on 5 points and is followed by Runaway Bus on 12.5 points.  The Dublin based Supernova is fifth on 21 points while Paul Colton’s Cri Cri is sixth on 31 pts.

The final three races are scheduled for tomorrow