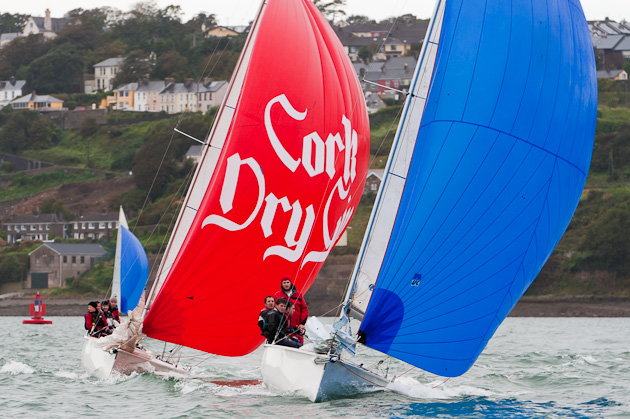 A fleet of almost seventy cruisers took to the waters of Cork Harbour today for the opening race of the CH Marine Autumn Regatta.  Competitors travelled from Waterford, Kilkenny, Schull, Cobh and a group of nine very well known and welcome racing boats arrived from Kinsale including Tom  Roche’s 45ft Salona ‘Meridian’ and Conor Doyle’s X442 the beautiful ‘Freya’.  All the very welcome boats from other clubs augmented the Royal Cork entry to an excellent number for this very popular event. 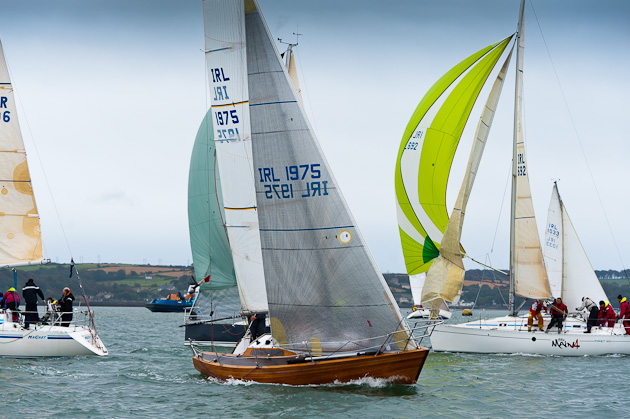 Sunday morning’s weather was somewhat unkind with rain, mist and a lot of wind. After a short postponement a decision was made to race all the fleets within the harbour.  Race Officer Peter Crowley set up Sparetime just north of Whitegate jetty and sent the seven fleets off on various courses in a westerly breeze that started out about 17 to 18 knots but quickly abated to 8 or 9 knots.

The 1720s and the Class One fleet were sent up to No.22 with Whitesail One and Two and Class Four starting with a weather mark that was laid off Spike Island.  Classes Two and Three, after an initial beat followed by a run and a Gybe off Cuskinny, arrived at number 20 and on the return leg joined with a convergence of all the boats in the fleets arriving at No. 11 in close proximity to one another. This resulted in a well controlled, and fascinating to watch, Piccadilly Circus like situation.  In some instances more than one fleet reached the buoy at the same time with one fleet rounding on Starboard and the other rounding on port.

By this stage the weather was clearing and lightening but it was adjudged too late to start a second race and all the crews returned to enjoy the hospitality of the warm clubhouse. 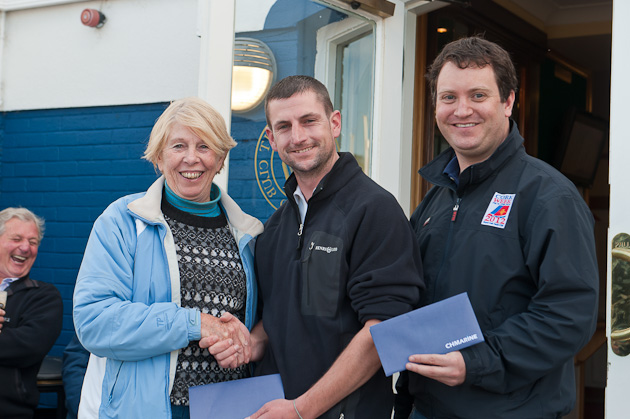 The event will continue for the next three Sundays and will finish on Saturday October 27th with a prize giving dinner that night.  This function is always a heavily booked event so reservations would want to be secured as soon as possible.