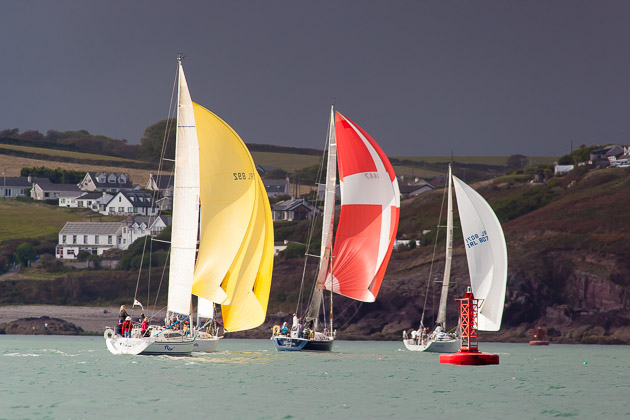 Today saw an auspicious and perfect start to day one of the CH Marine Autumn Series at Royal Cork. The weather saw to it that the day produced excellent conditions for the start of this major and very popular annual event even if the wind was light The sun was shining, there was a light south easterly breeze and flat water, it was like a July day. With seventy boats, including many most welcome visitors from clubs around the south taking to the water all champing at the bit to get to the start line well ahead of the first gun, the fleet made a great sight pouring down the river all eager for action and the promise of a great day ahead. Then there was that brief uncanny feeling, almost a loneliness, that always prevails when yachts go to sea, of emptiness and silence while breaths were being drawn before preparations got get underway for other classes getting ready for their racing of the day with the excitement and preparation starting all over again. All of great interest for those enjoying their morning coffee on the patio area in the brilliant weather. 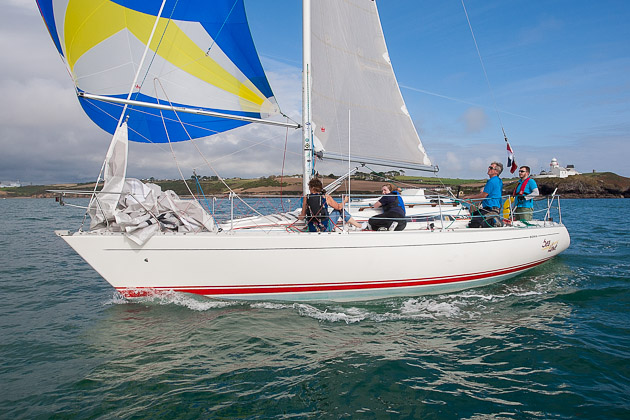 The entries today seemed to confirm what has gradually become obvious for the past couple of seasons and that is the growth of the white sail fleet. This was certainly in evidence with the increase of numbers in the fleets. The Whitesail fleets normally considered the gentlemens’ class did not live up to their reputation today as there was much shouting on the start line. Their sailing today was inside the harbour with Race Officer David O’Brien and they had a course to No. 7, back to No. 14, which was a very slow leg against the tide, and then to No. 6 where the course was shortened.

Classes I, 2 and 3 were sailing outside the harbour and they had a windward/ leeward course with Race Officer Peter Crowley. Many of the yachts had to place the crews on the leeward side such were the conditions. The race was shortened after one round of the course. 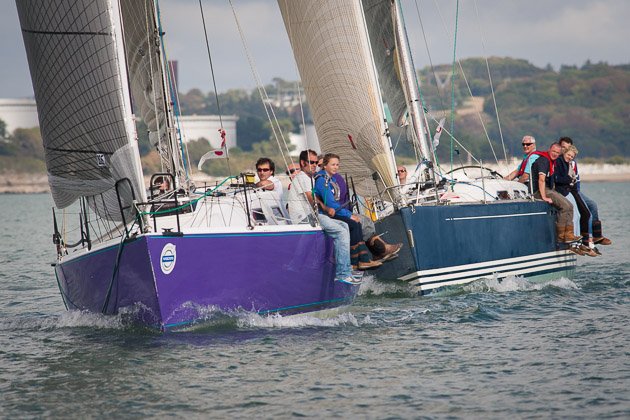 In the second race these classes were given windward/leeward courses again but this time they were brought back into the harbour where they made a splendid spectacle joining up with the White Sail and 1720 fleets and they were finished in the harbour by Peter Crowley who had moved inside and positioned Sparetime off the Grassy line at the Cage Buoy. 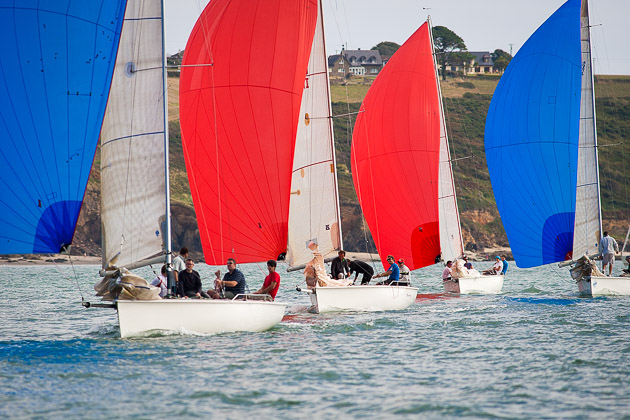 In a change for the Autumn series the 1720s had their own course with Anthony O’Leary as Race Officer, and given that this is a One Design fleet it made for a very efficient way of running this fleet in the series.

Please note that racing will continue on Sunday next October 5th. 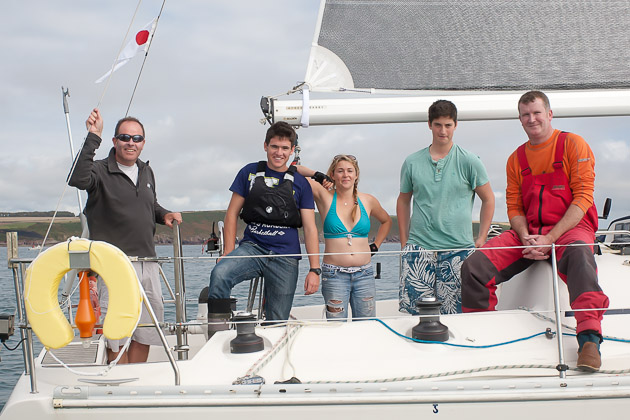 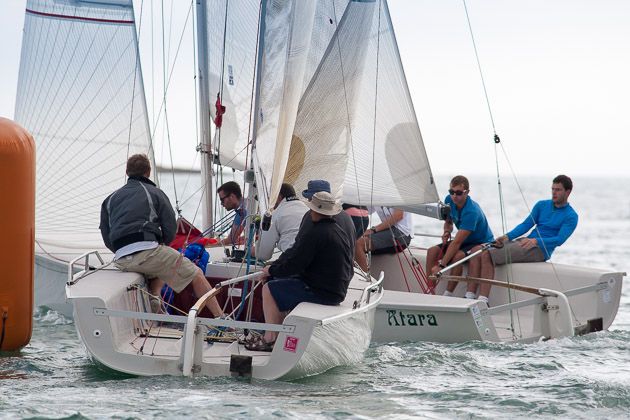 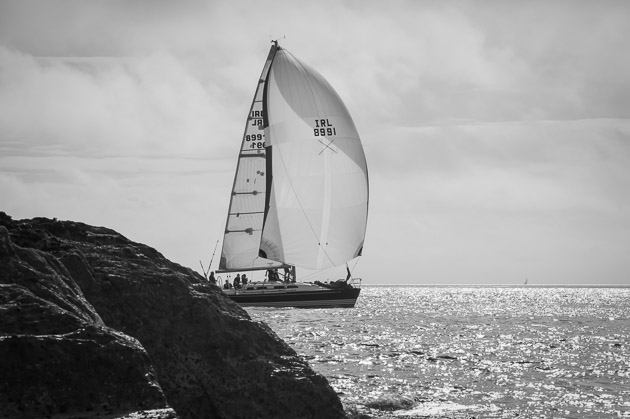 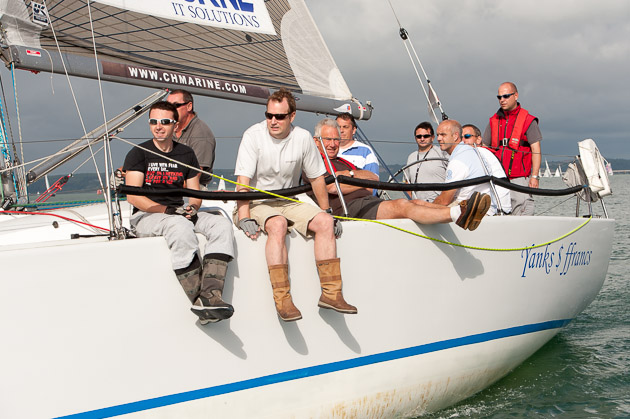 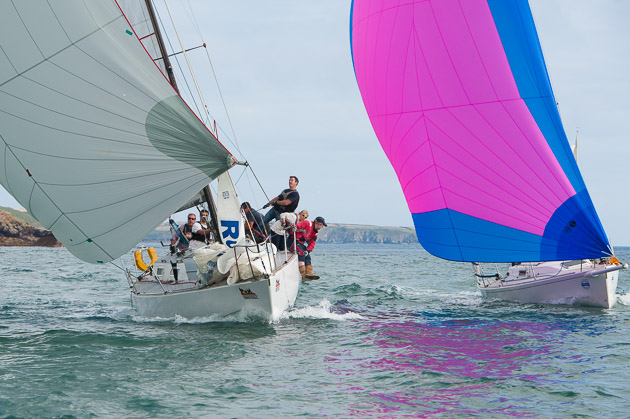 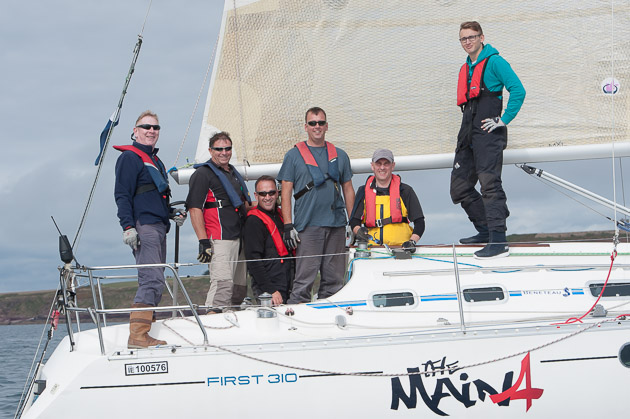 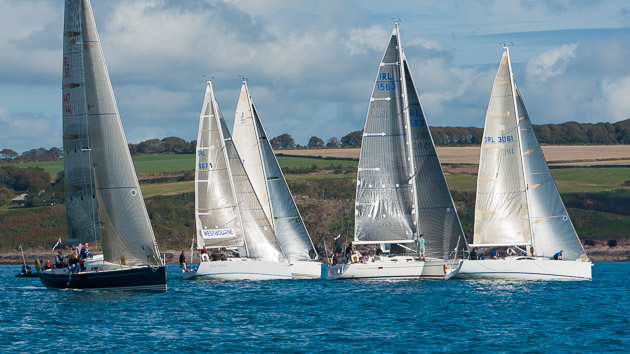 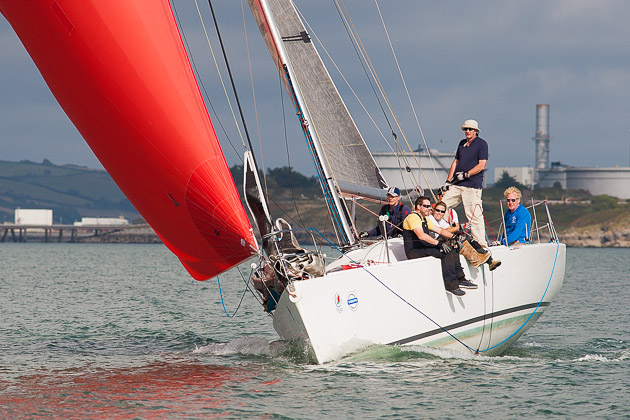 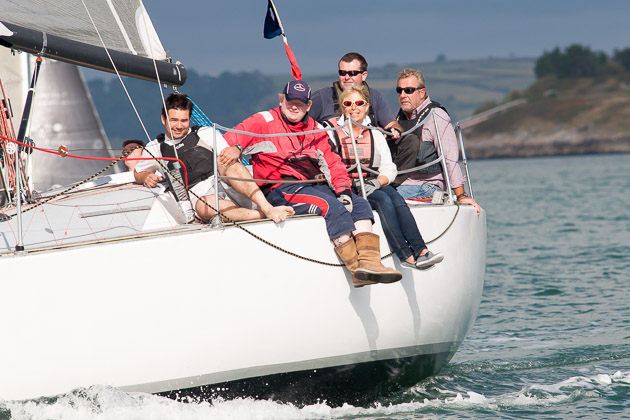 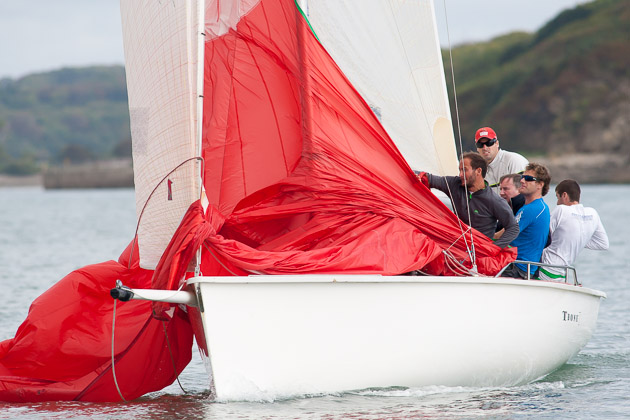 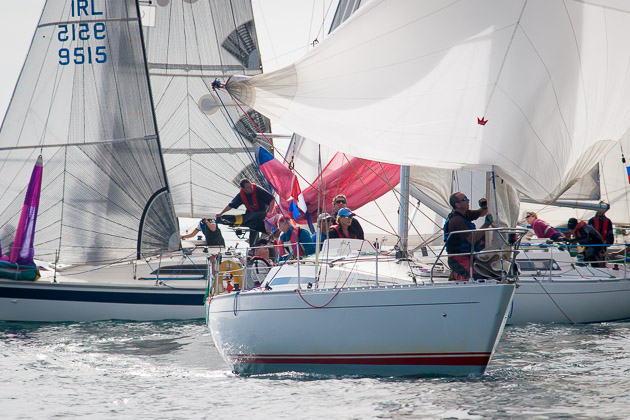 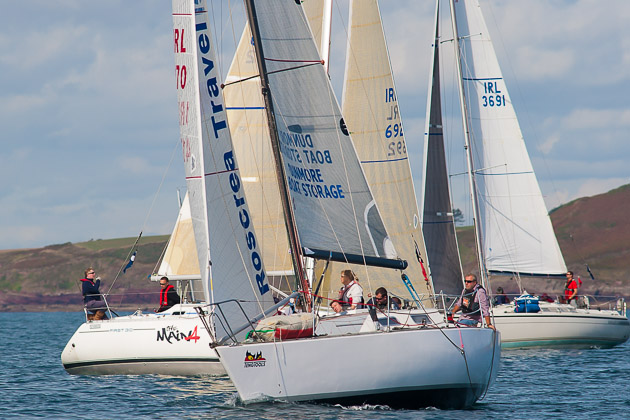