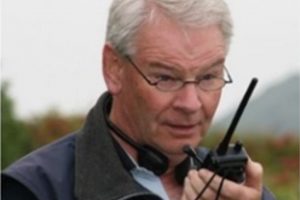 Past Admiral of the Royal Cork Yacht Club, David O’Brien, has been elected President of Irish Sailing following last weekend’s Irish Sailing AGM. Due to Covid-19 restrictions the AGM was attended only by outgoing President Jack Roy and CEO Harry Hermon with the quorum being achieved through proxy appointments from Clubs.

David served as Admiral in 2002-2003 and noted in his opening message that “It is a special honour, as a past Admiral of Royal Cork, to hold this position during their 300th anniversary celebration year.”

The Royal Cork Yacht Club congratulate David and we wish him the best in his new role. The club would also like to thank outgoing president Jack Roy, for a very successful term. Jack is due to join us for Cork300 as Principal Race Officer of Volvo Cork Week.

Also retiring from the Irish Sailing Board is another past Admiral, Paddy McGlade, who served a five year tenure; well done and thanks to Paddy.