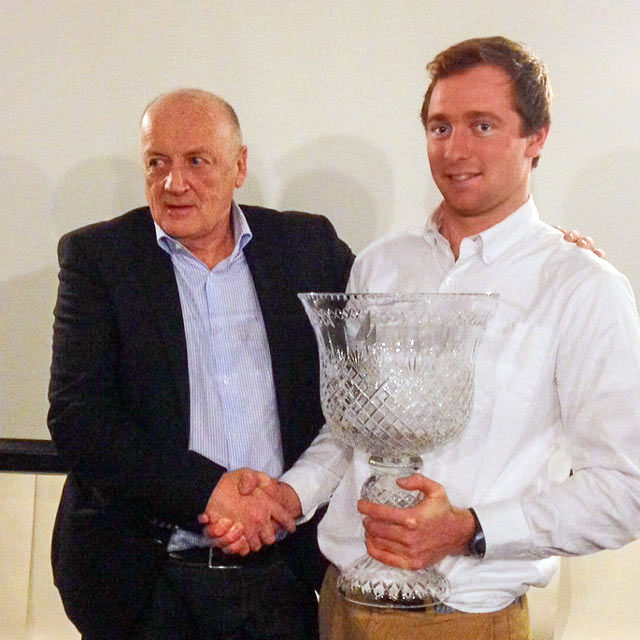 Royal Cork’s David Kenefick has been awarded the ICRA Boat of the Year Award. The decision was announced by Commodore Norbert Reilly at the ICRA Annual Conference held yesterday at the Royal Irish Yacht Club in Dun Laoghaire.

It was the culmination of a wonderful year for the 22 year old. He was 21 when he qualified to become a Figaro Rookie and while he celebrated his 22nd birthday in June  2013 he still competed as the youngest competitor which saw him complete almost 7,000 offshore miles.

To add to his impressive achievements last month saw him awarded the Afloat Sailor of the Month.