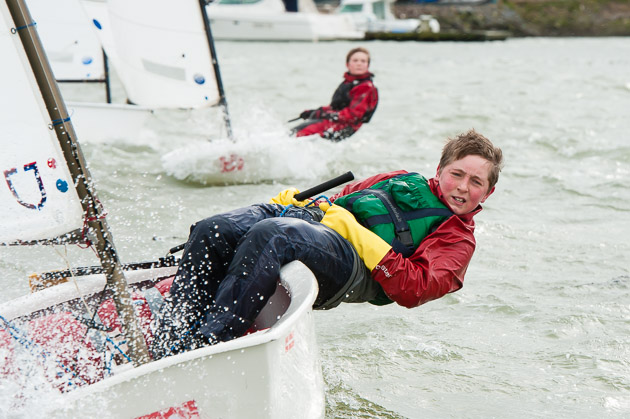 This morning (sun) the sun shone and the Royal Cork and  Crosshaven beckoned.  Your intrepid photographer and scribe set out to enjoy a nice drive  in anticipation of enjoying a visit to the Club and general  area of Crosshaven as with the recent spell of atrocious weather we hadn’t had  had a chance to  do this for quite a while. 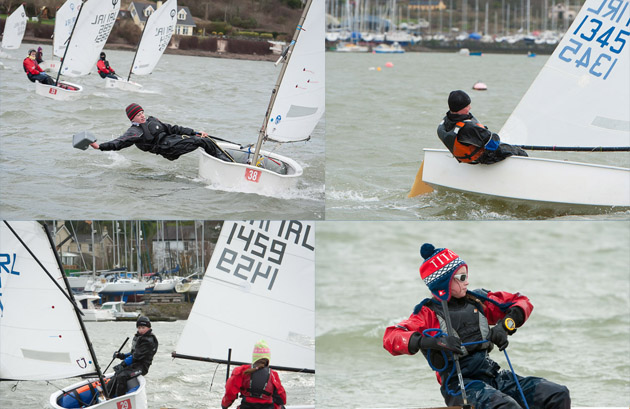 On driving into the Club the first sight that met our eyes was a fleet of Optimists  flying up and down the river in front of the Club in  a stiff but bitingly cold wind and obviously carrying out a training exercise. This signaled the getting out of the camera gear but alas and alack as we have now become so accustomed to, quite suddenly the sun darkened and  a freezing heavy shower descended.  However, the ever helpful Dave Kearney obliged and provided a short trip to the fleet to try to accomplish the purpose and many thanks to Dave for this. Other members of the ISA Optimist Squad from the Royal Cork were training at Howth for the weekend.  Great credit due to all these youngsters, they never give up. Fortunately the freezing rain cleared later and the rest of the afternoon remained cold but sunny.  In the sunshine the Club looked very smart with the new signpost and signage and the whole area presented a very professional and well managed image in spite of the recent storms endured. 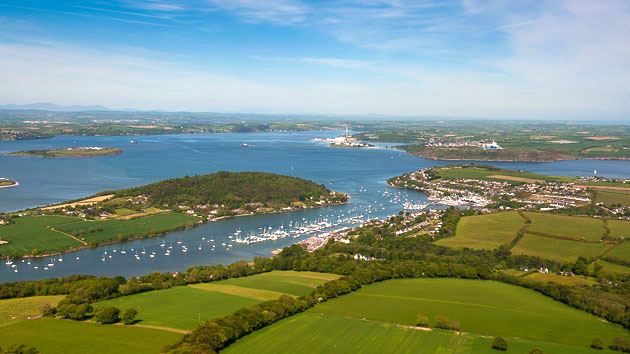 We then went further along the road to Crosshaven Boatyard which also looked very smart indeed with what seemed like countless yachts laid up ashore.  Much activity can be expected  here with the eagerly anticipated  start of the newly introduced Crosshaven Boatyard League commencing on March 2nd.  The time indeed won’t be long flying.  We then went up to Camden Fort Meagher and in the wonderfully clear day took stock of our harbour and the wonderful amenities we have the good fortune to enjoy.  We were envisaging the area where the ISAF Womens World Match Racing Final will be sailed under the burgee of the Royal Cork Yacht Club June 3rd to 8th, 2014 and enjoyed great memories of the ISAF Nations Cup Final sailed there in 2006 when the most outstanding conditions for the event were experienced and the whole area sparkled with colour and activity.  Cork Harbour of course will be well involved with Cork Week from July 5th to 11th, 2014, and the Irish Optimist National Championships will be sailed there from  August 14th to 17th, 2014. The Club Calendar is chockablock with events running throughout the season and provides an immediate reference for information. 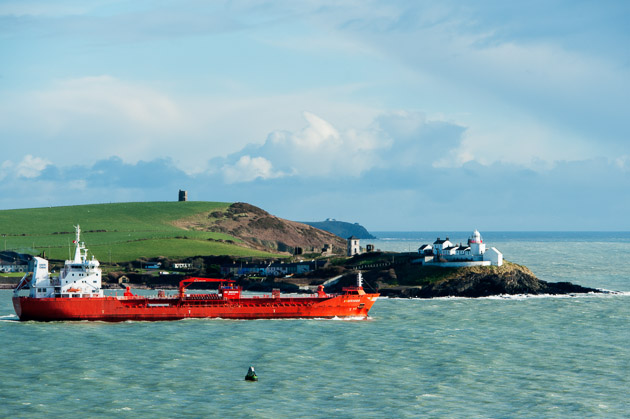 This little update would not be complete without mentioning the general atmosphere in Crosshaven and surrounds today.  There were people everywhere, children on little bikes they had obviously got for Christmas, what appeared to be new babies and new buggies everywhere, whole families enjoying what must have been the first taste of Spring, however brief, young people just enjoying themselves and last but not least we met the well known dogs Weaver and Nancy who greet all the cars arriving at Weavers and  we also enjoyed watching  a ship outward bound from Roches Point.  All normal activities but all very enjoyable today, we know probably just a pet day with more bad weather forecast, but a nice little weather respite and a chance to think of the fast approaching sailing season.  Crosshaven is really a very nice place to visit.

Meanwhile the ASM Frostbite Series was in full swing at Kinsale this afternoon and once again Billy Duane is to the fore in the Laser 4.7 scoring three wins again today and allowing for a discard means that he has won all the races to date  and has  seven points. Jamie Tingle RCYC is also doing very  well and had a good day today with three seconds and is now lying third on twenty five points.