By Kieran Dwyer on June 7, 2012 in Uncategorized

And by that I mean all over the place! 3 great races tonight though;
Race1 saw Colin Chapman and Aquaholics get a nose and then a mile ahead in a moderate but seriously shifty breeze out of the West. Nick Walsh(3 blind Mice) and Tom Crosbie (Sellulite) battled it out for second with Nick coming out on top. Eight started out on a sausage, triangle, sausage laid with what must have been considerable frustration, by Keith McKeown, cheers Keith.

Race 2 was harder fought and Wietse(Flying Dutchman) giving Tom Crosbie (Sellulite) a great run for his money, Nick Walsh(3 blind Mice) sealing third from Colin Chapman (Aquaholics) who had to climb from the back. The right or the left proving a lottery for some, if not most!

Race 3 was again the growing in popularity; Crews race, Windward mark port, Cage Starboard and finish up the river between the committee boat and club, good river racing in a dying breeze saw Kieran Dwyer (Oystercatcher) snatch it with a few good lifts from Andrew Duggan (3 Blind Mice). 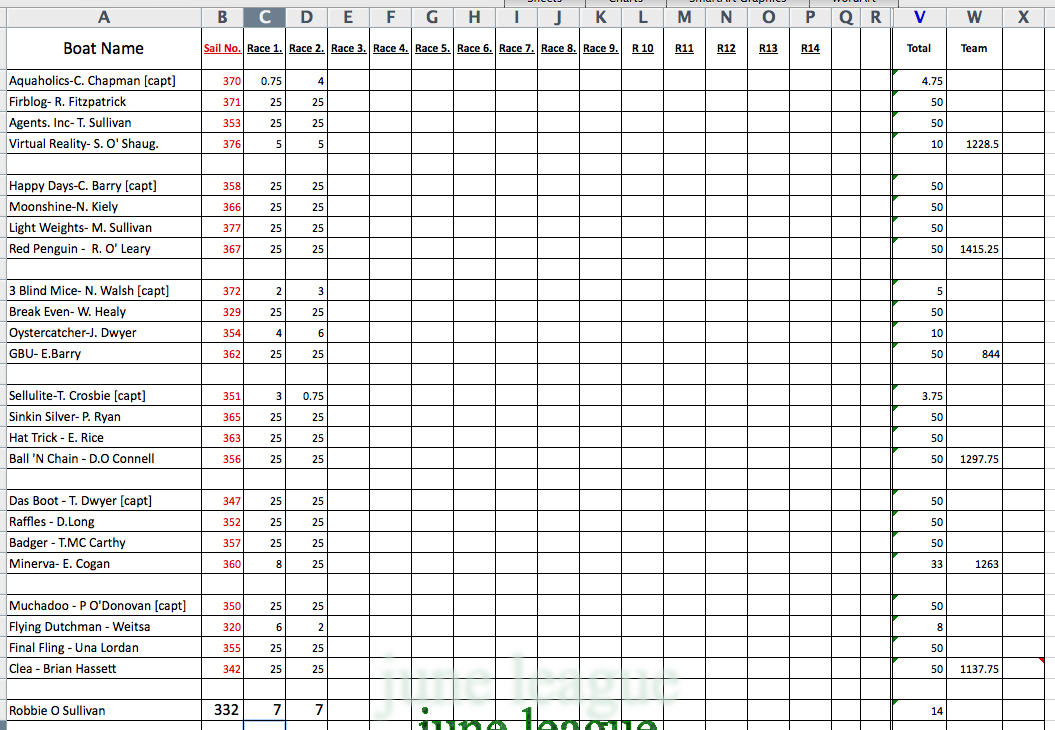