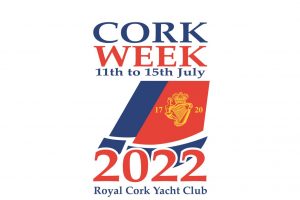 Racing in Volvo Cork Week in association with Johnson & Perrott was due to commence today, July 13th 2020. However, in March, organisers took the difficult decision to cancel the event in order to safeguard the health of sailors, visitors, volunteers and the community at large and to give early certainty to participants and visitors who had scheduled to come to Cork in July.

The Volvo Cork Week Committee along with title sponsor Johnson & Perrott Volvo, gathered on Sunday to mark what would have been the opening ceremony. At Midday, three guns were fired and ‘N over A’ flown on the club’s main flagpole to signal that all racing was officially cancelled. 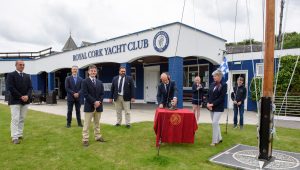 However, all is certainly not lost. Cork300 (the umbrella title given to a year long schedule of events to mark the Royal Cork Yacht Clubs tricentenary) continues to be celebrated by members and the Irish Sailing community at large with a number of National Championships taking place in the coming weeks along with what is now the pinnacle event in the Royal Cork celebrations, Tricenentenary At Home Regatta on 28, 39th & 30th of August.

And today, The Royal Cork are delighted to officially announce that Cork Week 2022 will take place from 11th – 15th July 2022. Organisers are planning for 2022 to be every bit as enjoyable as 2020 was shaping up to be, as visiting sailors will have the opportunity to gather and celebrate the Tricentenary of the oldest Yacht Club in the world. 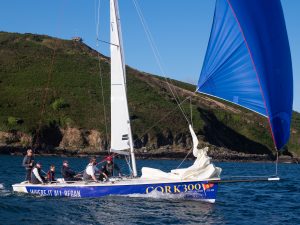 50 1720’s were exepected for the 2020 Europeans as part of Volvo Cork Week, they class have already confirmed their inclusion in Cork Week 2022. Photo courtesy of Bob Bateman

With interest already strong across the IRC fleets, confirmed return of the Beaufort Cup and a re-energised 1720 fleet signed up, organisers are now welcoming expressions of interest from clubs, classes and organisations across the world who are interested in hosting an event as part of Cork Week 2022. Please contact keelboats@royalcork.com with all queries. 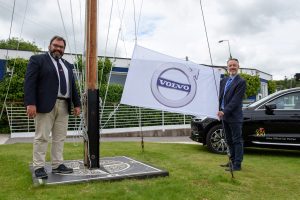 The Royal Cork would like to thank all of the sponsors, volunteers and sailors who had worked tirelessly to make this yet another brilliant event ‘for sailors, by sailors’ and we look forward to welcoming visitors in 2022 when we will celebrate over 300 years of Cork Harbour sailing, in style.