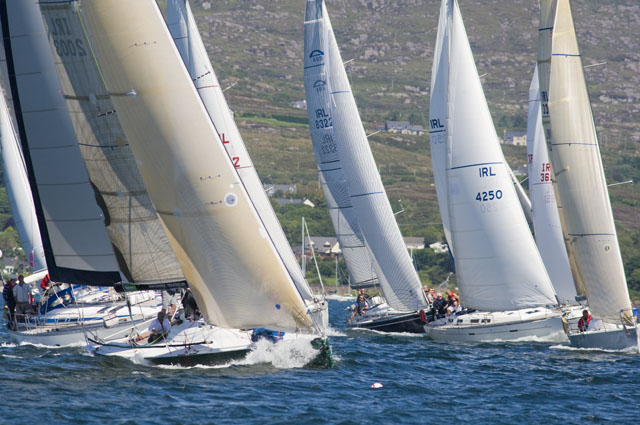 This year the feeder race from Crosshaven to Baltimore will take place on Saturday August 3rd with a warning signal at 8 a.m. as per the Sailing Instructions and a start from the Grassy line.

An opening reception will be held on Monday, August 5th at 6.30pm and racing will commence on Tuesday and continue until Friday.  Thursday is the designated day for the race around the Fastnet.

The event has an abundance of trophies  and the organisers are busy  with preparations for the nightly prize giving and entertainment.  If last year is anything to go by a carnival atmosphere will pervade throughout the town for the duration of the event.  One also hears on the grapevine that the sea water temperature at Schull is  really warm after the recent hot spell.

Over sixty boats are expected and with Neil Prendeville on Mary P doing the honours as Race Officer, and Denis Kiely with lap top in hand to deal with handicapping matters, all is set for an excellent week of racing under the Chairmanship of Tadgh Dwyer.