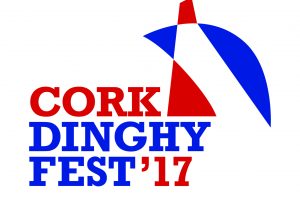 “I’m delighted that the Royal Cork Yacht Club has given the green light to host the Cork Dinghy Festival 2017 on June 30th through to July 2nd.

It has been by the grace of God that I’ve grown up on the waters of the second largest natural harbour in the world which has been my playground for the last 25 years of sailing.

The huge expanse of water allows for such an event to happen with over 200 entries attending in its first edition. Of course, we need more than just great waters and the volunteers last time came up trumps making use of the array of facilities provided by the Royal Cork and surrounding harbour clubs. Monkstown Bay SC looked after the Optimist Fun Fleet which saw 20 kids between 5-8 years of age experiencing a major event for the first time, it brought back great memories seeing my old Opti “El Nino” being sailed in 2015.

The sole purpose of the event from my perspective is to get the variety of fleets together in one location, enjoying their competitive class racing ran by expert race officers and thereafter to socialise with friends of old onshore who they’d rarely see from one year to the next whilst competing within their own circuits. The four race courses of last year was a big undertaking but I was comfortable in the team of race officers, mark layers and safety teams afloat that it would be under control. As I am competitive sailor and personality, there will be changes from last time of course, it’s only natural to learn from previous lessons and thrive for better a performance next time round, on and off the water.

We have been in contact with various fleets for the next edition and all I can say is it’s going to be exciting to see foiling vessels flying across Cork Harbour. Until classes have drawn up their own calendar of events and finalised AGM notes we cannot announce our various classes just yet. Watch this space.”