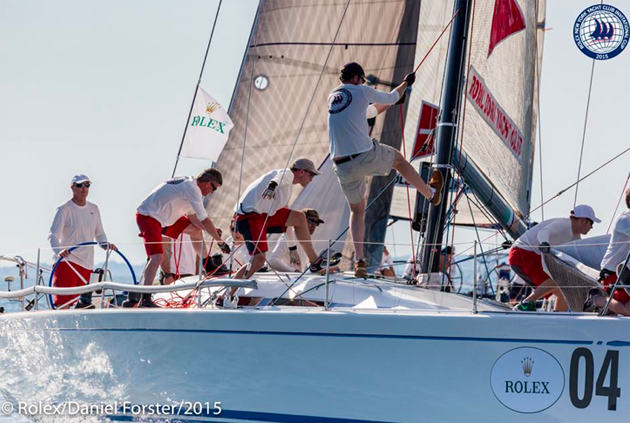 Yesterday’s racing was on Rhode Island Sound. The breeze was light and fairly shifty, but plenty for racing.
The lone race of the day favored the teams who were in the right place to strike and who were proficient in sailing in light air. Genoa, Italy, where the Yacht Club Italiano is based, is known for light breeze and, with Leonardo Ferragamo at the helm, the team used that experience to win the race.

Second across the line was the Irish team representing Royal Cork Yacht Club. Skipper Anthony O’Leary, who has raced every edition of this event, credited finding a hole in the starting line with their performance in the race and this brought them to a fourth place rounding the first weather mark and they built their performance from this on to  come second in this race.

After two days, Seattle Yacht Club has taken over the top spot in the overall standings although it is tied on points (22) with Royal Thames Yacht Club. Royal Cork is third overall with 24 points, and Itchenor Sailing Club is fourth with 27 points. Three points back, tied at 30 points apiece, are Marblehead’s Eastern Yacht Club and Toronto’s Royal Canadian Yacht Club which is the two-time defending champion.

This was a great fourth race for the The Royal Cork.  Indeed, the scoreboard in many cases looks like a game of snakes and ladders as a leading boat in one race may be at the bottom of the pack in the next race such is the competition at this event. 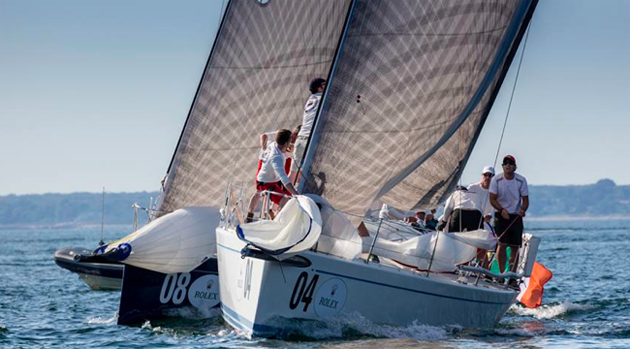 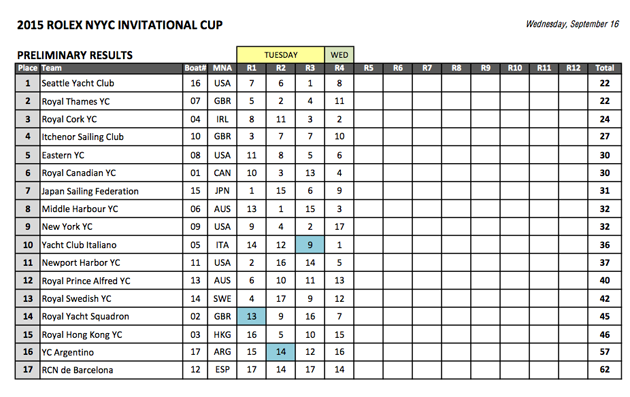