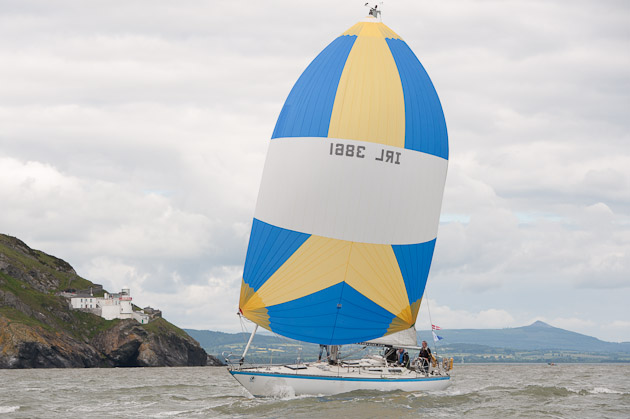 Today two Royal Cork boats, Ian Hickey’s Cavatina and Derry Good’s Exhale, were on the start line with thirty six other boats  and included amongst these was a clear favourite with the huge attendance of spectators was Enda O’Coineen at the helm of The Green Dragon. 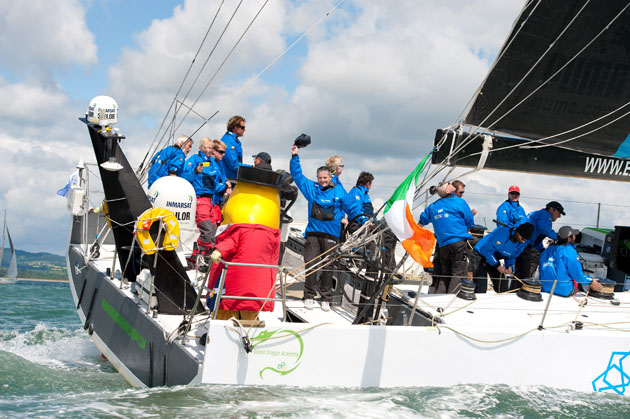 Enda O’ Coineen on The Green Dragon  doffs his hat as he recognises your Royal Cork photographer at the start of the Round Ireland Race from Wicklow today. Photo Robert Bateman

Starting with a following breeze from the north west the fleet had a spinnaker/genniker start.  However, it was Piet Vroon’s Tonnerre de Breskens won the start and showed his intention of repeating his winning performance as the holder of  the title for 2010.  Our own Cavatina was also a previous title holder of the event 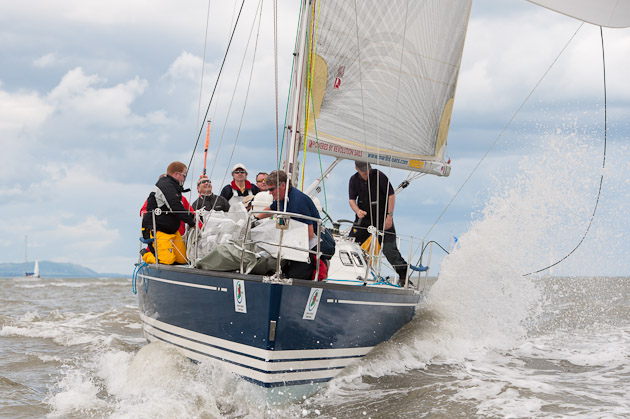 Derry Good at the helm of Exhale at the start of the Round Ireland Race at Wicklow today. Photo Robert Bateman.

The fleet have a 704 mile journey ahead of them, with a mixed bag of weather forecast, and while we wish them all well and a safe passage, we will of course be rooting for the two Royal Cork boats.

Read the update about Cavatina and the race HERE