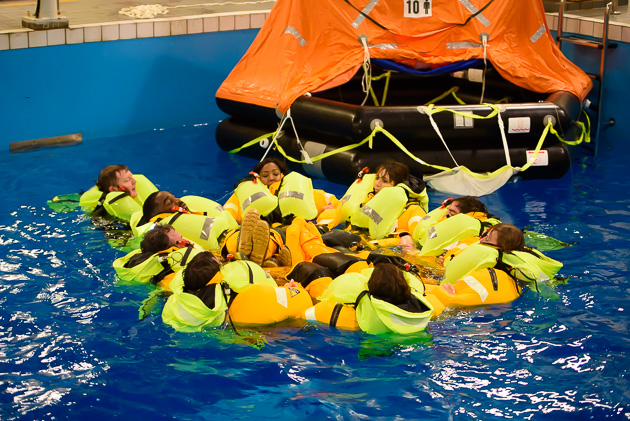 Going through their paces in the pool. Pic Robert Bateman

Prior to the very interesting five day charity challenge event undertaken recently by high profile yacht skipper Ian Walker and six celebrities, little was known about the fact that a hugely rigorous day of training for all involved took place at the NMCI Ringaskiddy. This as described by your photographer was truly rigorous and fully merited the title of “Hell on High Seas”.

Ian Walker and Crew Arrive In London: Six celebrities and a high-profile yacht skipper who set sail from Belfast, Northern Ireland, for a five-day charity challenge dubbed ‘Hell on High Seas’ arrived in London on Friday night in a blaze of glory. 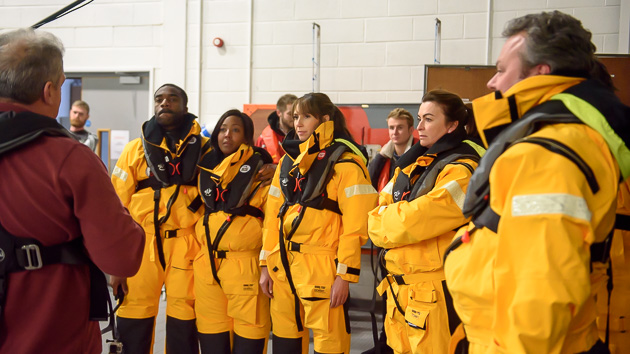 Briefing prior to entering the sea survival course at Ringaskiddy. Pic. Robert Bateman 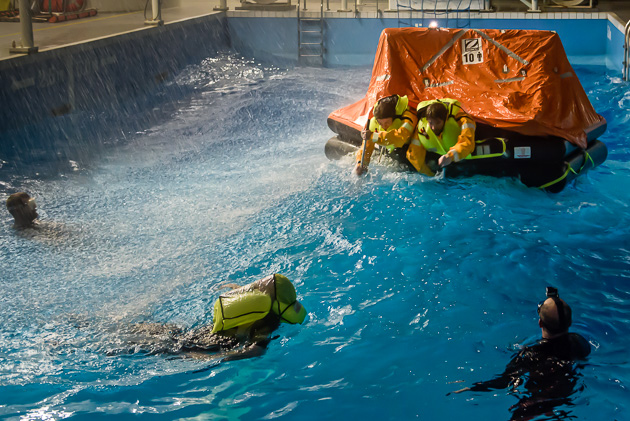 Wind, waves and darkness were some of the exercises the crew were put through. Pic Robert Bateman

Over five eventful days and 800 nautical miles, the celebrity crew faced gale-force winds, 10-foot waves , seasickness and sleep deprivation on the way to raising over £1m for the Sport Relief charity. They also spent a night sheltering from the storm in Plymouth Harbour and received a surprise visit from a UK Coastguard rescue helicopter. 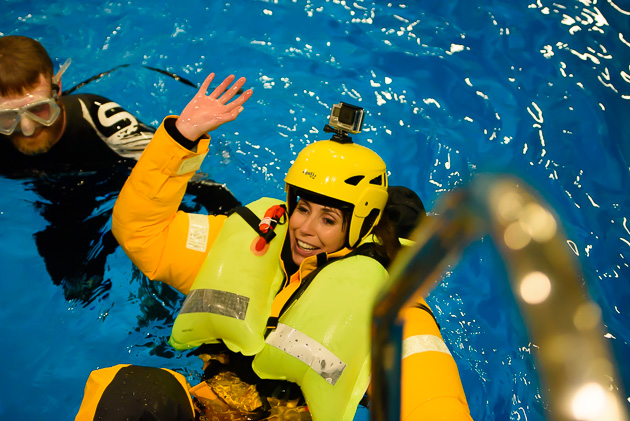 Come Aboard and have fun with us!
PY 1000 Held Today (Saturday) Provided Great Racing