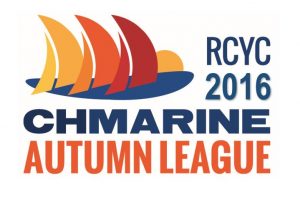 By Kieran on September 16, 2016 in 1720s, Cruisers
The CH Marine Autumn Series at Royal Cork Yacht Club is rapidly approaching and Once again the Club is extremely fortunate to have CH Marine sponsoring the series for 2016, one of the premier highlights of the sailing season at the club that always attracts large numbers of sailors from a wide variety of clubs from around Ireland. CH Marine have sponsored this event for a number of years and have enabled the club to stage the magnificent and popular event that it is continuing to grow year after year..

Over the last few years there has been a great 1720 fleet building for the CH Marine Autumn Series, with 13 boats competing last year. This year is looking like the 1720 class will not disappoint with a large number of early entries.

On the final day of racing the CH Marine Autumn Series dinner and overall prize giving will be held at the club commencing at 19.30hrs. As always, this event sells out very quickly so early booking is advisable.

As always the Royal; Cork and CH Marine are looking forward to great event and would like to thank in advance all competitor for their continued support.