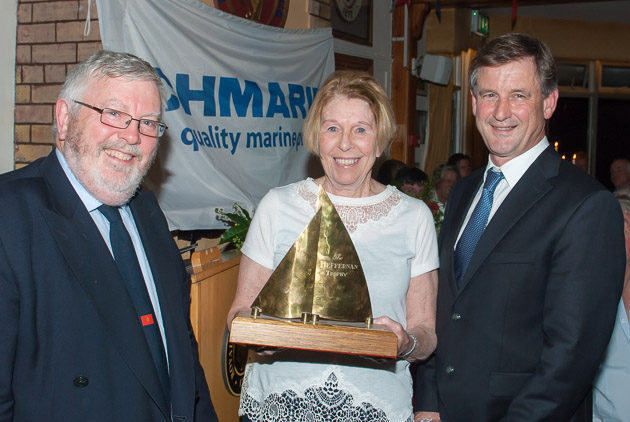 It was a full house and a festive atmosphere at the prize giving dinner for the conclusion of the CH Marine Autumn League. The prize giving followed the final day of racing and happily the league concluded with its full complement of races having been sailed in all classes. One can normally lose the occasional day at this time of year but luck was on the side of the organisers who also managed to fit in the facility and the times to watch the Rugby World Cup and our Sponsor, Nick Bendon of CH Marine, was present to ably assist in the handing out of the prizes. 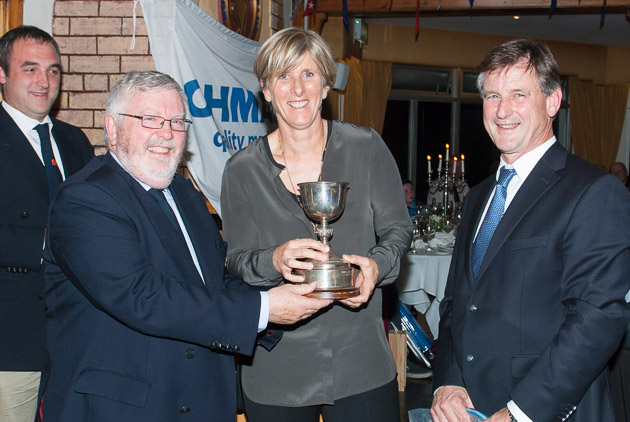 In addition to the CH Marine prizes there were several special trophies presented and the first of these was the O’Donovan Family Trophy. This was awarded to Kevin Lane in Aisha. Kevin, a former Admiral of the Club, came with a well prepared script and spoke of his time when the late Conor O’Donovan was Admiral and Kevin himself was Vice Admiral and how he appreciated the help and advice Conor gave him and how this help was extended when Kevin took over the office of Admiral. 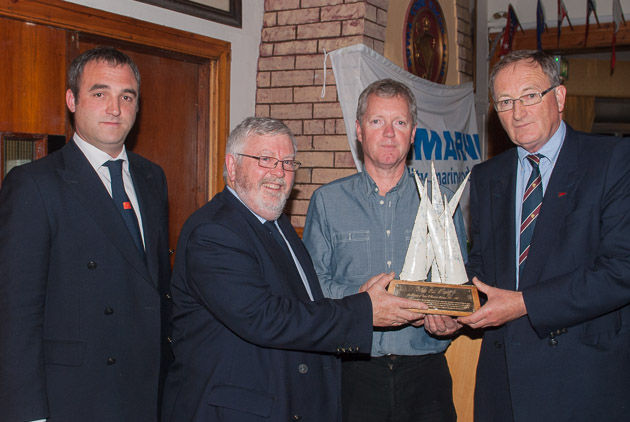 The final trophy of the evening was the Vinnie O’Shea Trophy and Vincent O’Shea Jr. w as on hand to present this to a very surprised and emotional Sinéad Enright and David Lane. 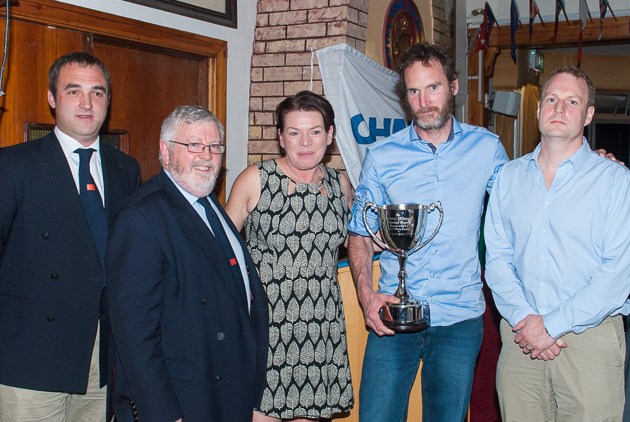 The presentation of the prizes brought a hugely successful evening to a close and once again a special thank you must be extended to CH Marine for their sponsorship of the event. 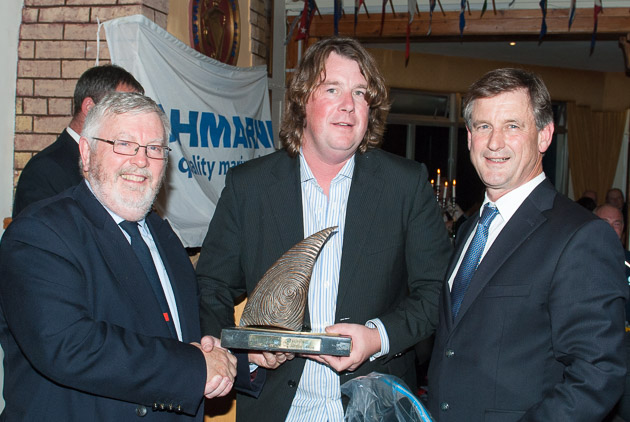