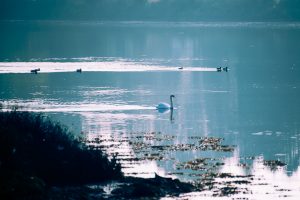 It might sound clichéd at this time of the year but yesterday really was a real case of John Keats poem ‘To Autumn’. There was a great sense of ‘mists and mellow fruitfulness’ in Crosshaven for the second day of the CH Marine Autumn League at Royal Cork Yacht Club The foggy morning gave way to a hazy sunshine. Classes one and two sailed outside the Harbour in a six to seven knot breeze with Peter Crowley on duty as race officer.

Despite the ebb tide flowing these fleets got in in two good races.

The race officer for, classes three,four and White Sails John Downing gave up his quest for breeze inside the harbour and headed out to sea off Ringabellla Bay and got the fleets away for one race. The ebb tide flowing out of Cork Harbour made it somewhat of a challenge for competitors and a dying breeze on the second spinnaker leg made it even more difficult to get over the finish line but all managed it. 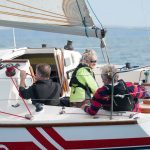 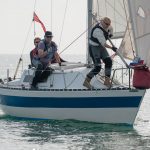 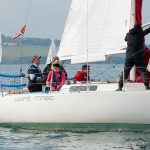 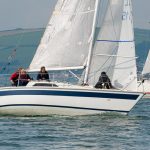 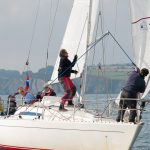 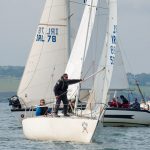 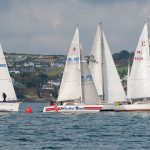 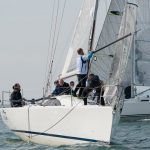 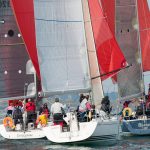 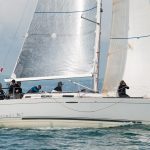 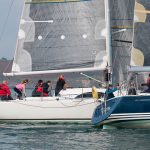 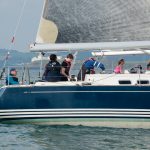 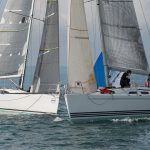 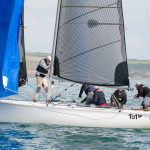 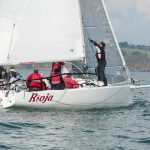 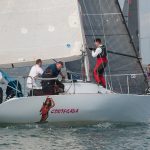 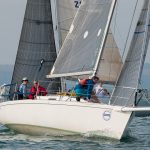 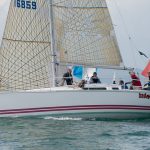 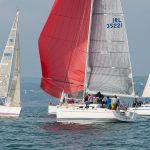 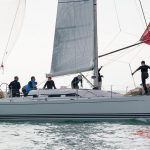 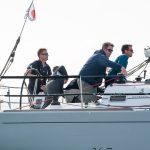 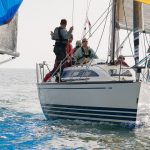 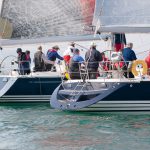 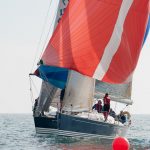