The Royal Cork Yacht Club will host an Open Day this Saturday 3rd June as part of this year’s Cork Harbour Festival. People can explore the world’s oldest yacht club and learn the ropes of sailing and pre book for a free sailing taster session on board the Club 1720 Sports Boats. The Club grounds and Clubhouse will be open to visitors for tea, coffee and refreshments. The Club will also host the ‘All Black Power Boat’ team that will leave the club marina attempting to go from Weavers Point around the Fastnet and back to set a record time. 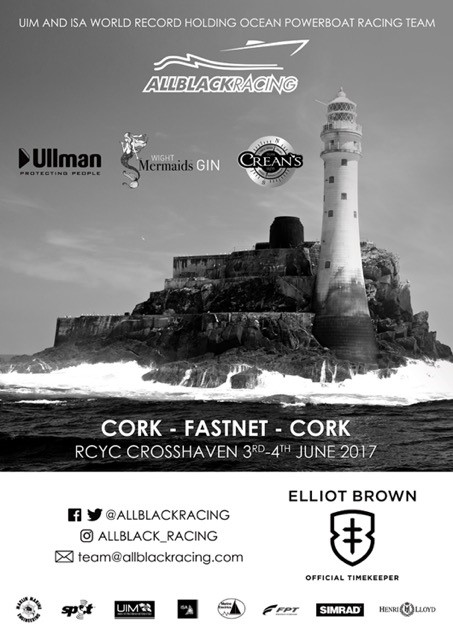 Later next week the ICRA (Irish Cruiser Racing Association) National Championships 2017 will take place from the 9th – 11th June and will attract entries from around the country. The first races are planned for Friday afternoon (FG. 14.00hrs) and a seven race programme is planned. As well as the IRC and ECHO fleet national titles, the event will also host the Corinthian Cup and a new ICRA Coastal Cup.

Finally, the Ocean to City – An Rás Mór is Ireland’s very own long-distance rowing race attracting hundreds of participants annually, takes place on Saturday 10th June launching from the Royal Cork Yacht Club.  Started in 2005, it has grown from its origin as a race for traditional fixed-seat boats into an all-inclusive rowing and paddling event, embracing everything from traditional wooden working boats, currachs, skiffs, gigs and longboats to contemporary ocean racing shells, kayaks, canoes and even stand-up paddle boards.

We are looking forward to a fantastic couple of weeks ahead.