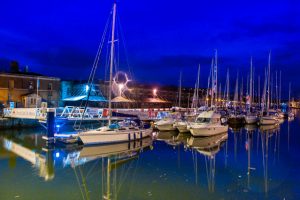 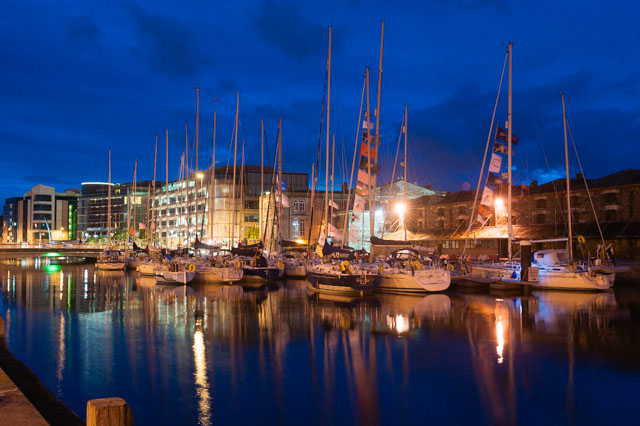 Over 40 craft moored at the Port of Cork Marina. Picture Robert Bateman 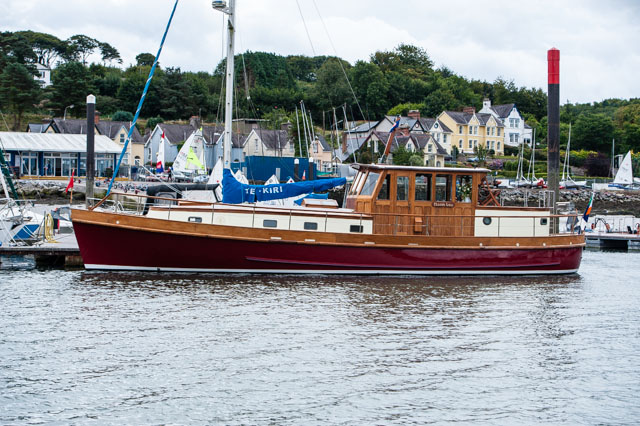 The next item that was not interesting but very annoying was the wrapping of a rope around your photographer’s propeller. This was lying loosely in the water extremely low at the bottom of the spring tides.  Happily Rory Fitzpatrick was on hand to come to the rescue and unravel it.  Next a dozen Fevas were spotted and also some Lasers.  At the other side of the Curlane Bank were the Optimists. 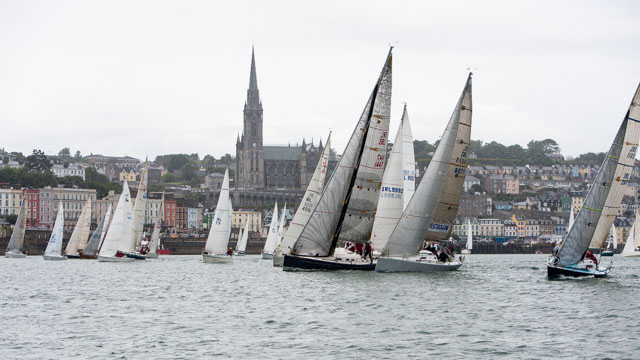 However none of these were the target yesterday but of great interest was the traditional Cobh to Blackrock race, coupled with the cruise to the city that was supported by Union Chandlery and the Port of Cork. 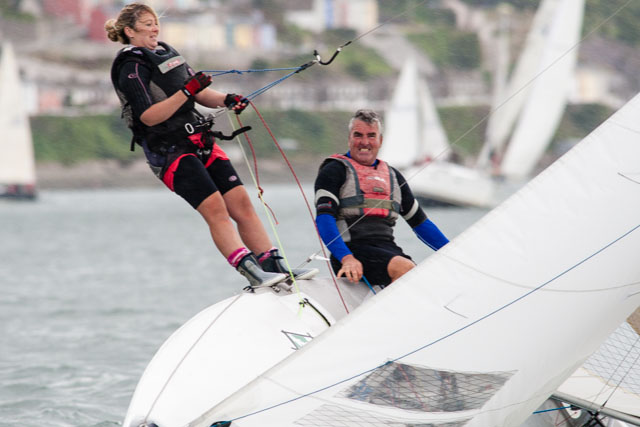 On reaching the start line with a Nor west wind and a flood tide it was going to be a beat all the way but just as the dinghies were going to start the rain came accompanied by a nasty squall that caught Michael O’Brien’s 505 and it certainly needed all his sailing skills to avoid a dip in the briny.  Crews on the more racy type boats were seen to rush to drop headsails and hoist smaller jibs.  However the rain was thankfully short lived and the fleets got off to a good start led by Wan and Eric Waterman’s Saxon Senator with a large young enthusiastic crew on board who hailed your photographer with “are we going to be on the Examiner Mister?”  Following them were Jelly Baby and Exhale and in turn The Holy Grounder followed them with Eddie and his bevy of seven beautiful women who desired to be photographed! 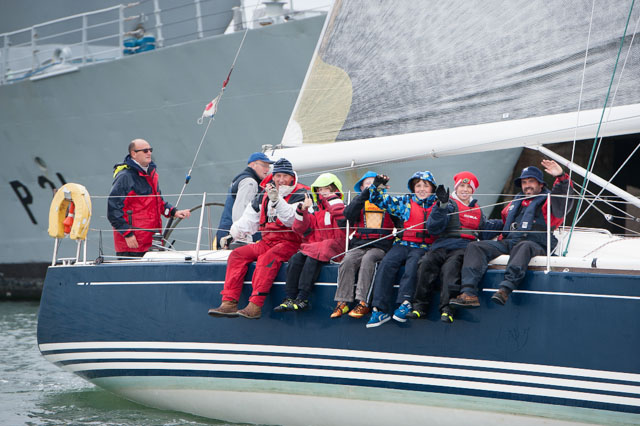 Another interesting observation on this memory lane type trip was the sight of L.E.Emer on the fuelling berth at Haulbowline.  She was commissioned in January 1978 and is due to be decommissioned on 20,th September, 2013. This evoked memories of my photographing her on sea trials on the measured mile off Galley Head. 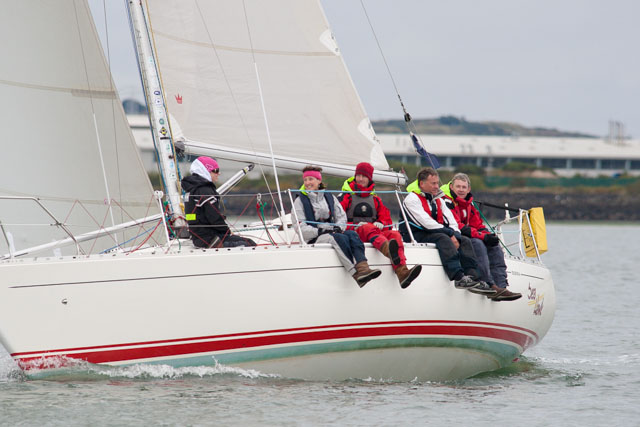 The North Westerly wind made for a lot of tacking in the river which was very low at the time with the inevitable consequence of a number of groundings but the flood tide brought them off without damage and all was well.  However, at the time of writing no results are available. 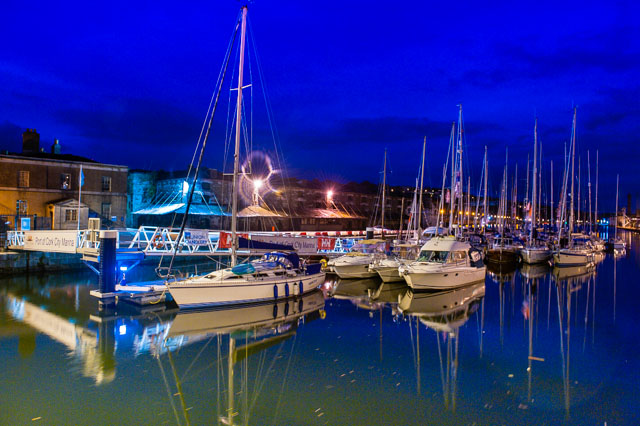 Last night night the craft moored at the Port of Cork Marina made an impressive sight with more than forty yachts and motor cruisers gathered and judging from the sounds emanating from the local eateries on the quay the crews were enjoying themselves immensely.