Well the last night of the May League lived up to expectations. 14 boats took the water in a flukey WSW. Aquaholics took the honours in Race 1 from Happy Days. Virtual Reality on her maiden voyage for 2012 must be given great credit for their speed of recovery after a spectacular capsize under spinnaker.

Race 2 saw Ewen Barry’s G B U (must be the wire man is the U!) cross ahead of Tom Crosbie’s Sellulite. The Crews Race home saw the youth give us all a lesson with Patrick Crosbie in Sellulite taking honours from Nicola Kiely in Aquaholics and Shane Dwyer in Oystercatcher. Nicola, of coarse you are included in ‘the youth’.

Thanks to Keith and the Rescue for another great nights racing under shifty conditions. Anthony’s mixed grill lived up to all the hype even though he was muttering ‘never again, how did DD do it?’

The prize giving followed and congratulations again to Brian Hassett and crew in Clea for winning the May league and Mackie Trophy.

Well done to all who participated, June league starts tomorrow night so the rest of you can catch up! 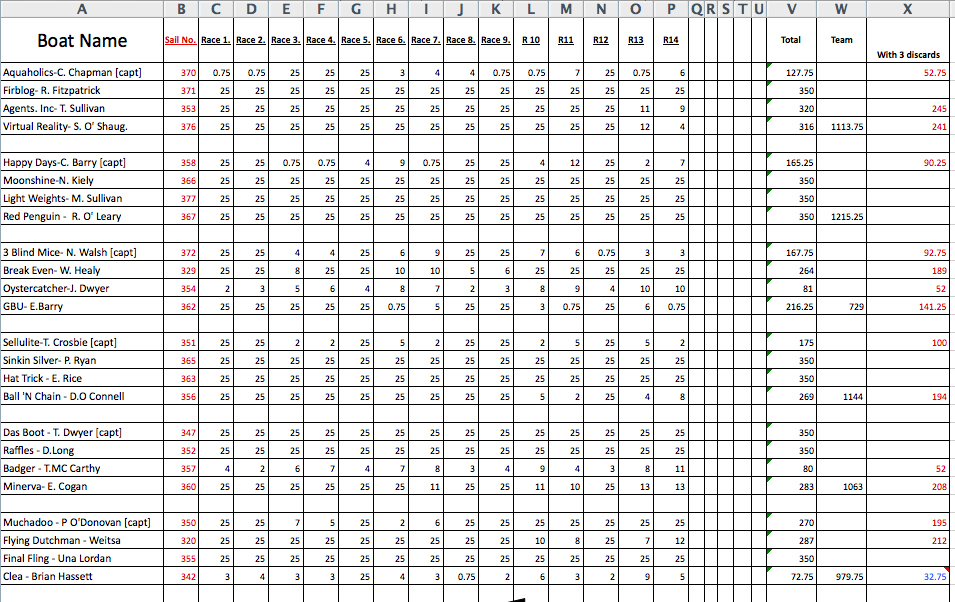