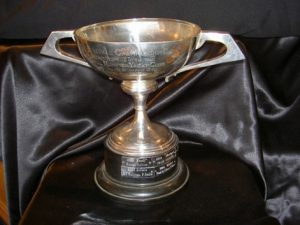 To be competed for by Motor Boats. Presented a second time in 1956 for the racing in the “ONE DESIGN” Class. Represented in 1967 for the “RCYC REGATTA” Enterprise Class. Rededicated 1999. Now (2022)presented as a prize for MAY LEAGUE WINNER SPINNAKER ECHO DIVISION.

No records of Winners of Motor Boat Races or other races

Now (2022)presented as a prize for MAY LEAGUE WINNER SPINNAKER ECHO DIVISION.