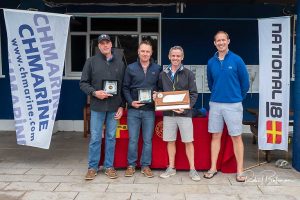 By Communications on September 17, 2021 in Latest, National18

Despite efforts to run the entire event off Roches Point, the 11-boat fleet was forced back inside Cork Harbour on Sunday by light winds in order to complete the five-race contest.

Under 25 Training
Notice Of Race Live For AIB Autumn Series