By Orla Keane on February 22, 2016 in Junior Sailing, Optimist 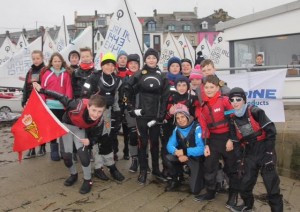 The RCYC Optimist class has just returned from a highly successful spring training week run by IODAI and kindly hosted by Baltimore Sailing Club. We had surprisingly mostly benign weather in sunny albeit a little chilly conditions which ranged from flat calm at the start of the week to testing 20- 25 kt conditions for the regatta on the last day. Sailing was only cancelled for the Tuesday and that was a half-day anyway!

The coaching was top notch with a mixture of Irish and Foreign coaches and there was visible improvement in sailing standards as the week progressed. Royal Cork’s own Adam Power was voted the ‘most improved sailor’ which was both popular and quite a complement considering there was approximately 140 sailors in attendance. Congratulations also to Justin Lucas who won the Junior Regatta and Jonathan O Shaughnessy for coming 3rd but also to all our sailors who worked really hard this last week.

RCYC had 27 Optimist sailors entered including some new faces and a great time was had by all. It was lovely for parents to renew old friendships from across the country and likewise for the sailors but also to make many new ones. Check out this link on you tube for a flyover http://youtu.be/ZgjFL46S7w4

On behalf of the RCYC fleet and parents I would like to thank IODAI and sponsors CH Marine especially Jill, Mandy and Sara and to their teams of volunteers who worked really hard  to ensure the week was a success – it goes from strength to strength. 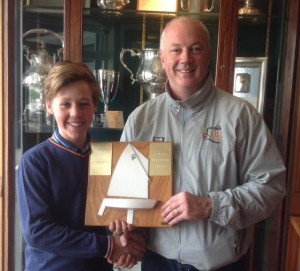 THE PY1000 ONE MONTH WARNING SIGNAL
Would you sail on the second Titanic?