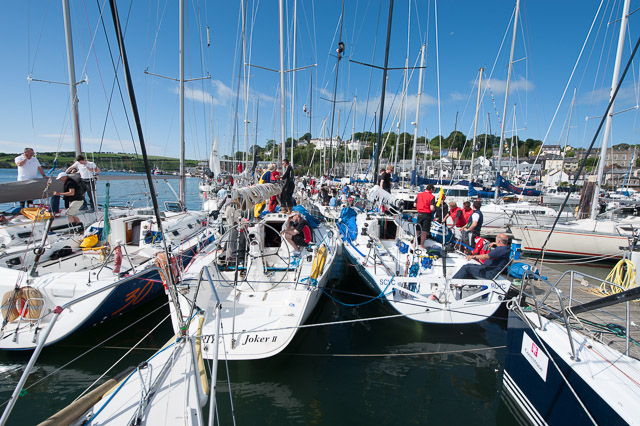 Getting ready for final day of racing. Picture Robert Bateman.

All in all the Sovereign’s Regatta turned out to be a great event weather wise.  Perhaps a little light on the first day for some and perhaps a little heavy on day three for  some others but on the marina this morning before racing crews were busy putting on the Factor 50 as they busied themselves getting the boats ready for sea after yesterdays hectic activity.  Speaking with Martin Breen of the much travelled Reflex 38 Lynx with his Discover Ireland livery, he said that he had been to Scotland, had done the D to D and the the ICRAs in Fenit but Kinsale was the first really good regatta he had been at this year. 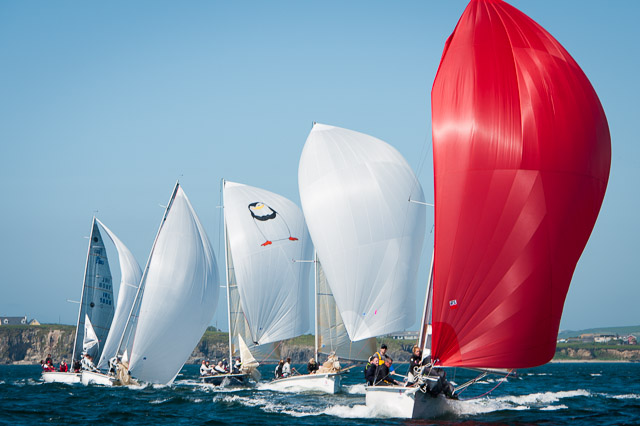 On getting outside the harbour the weather was perfect with sun and 12 to 15 kts of breeze.  Classes 0 and 1 who were on the Round the cans course were given a joint start but it took a second attempt under a Z flag to get them going with a long beat up to Black Head .  Classes 2 and 3 were on the windward/leeward course much further out and the 1720s whose starts were an hour before everyone else each day were in Bullen Bay as usual.  In the first race when they got to the wind mark the first kite to pop was a red one with Nin O’Leary on the helm back in his winning way after two losing two races yesterday when the back stay broke on the O’Shea Durcan T-Bone. 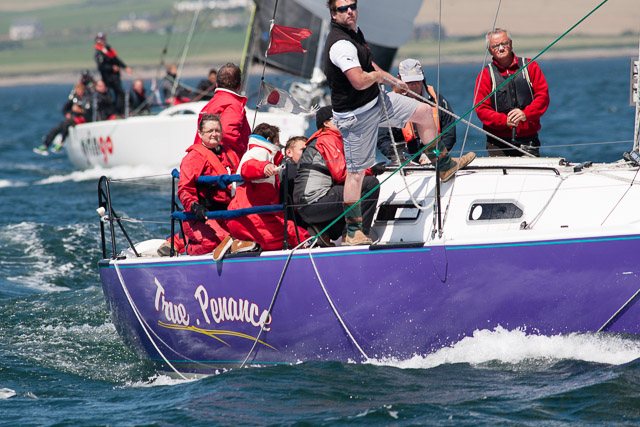 As your scribe reluctantly left the course the conditions were as described like everything else by Pop Larkin in the Darling Buds of May  as “perfick”.

No doubt with the prize giving to come later today festivities will carry on late into the evening in the perfectly splendid new clubhouse with the whole event having culminated in a magnificent success for the Sponsor, Covestone Asset Management and Kinsale Yacht Club.