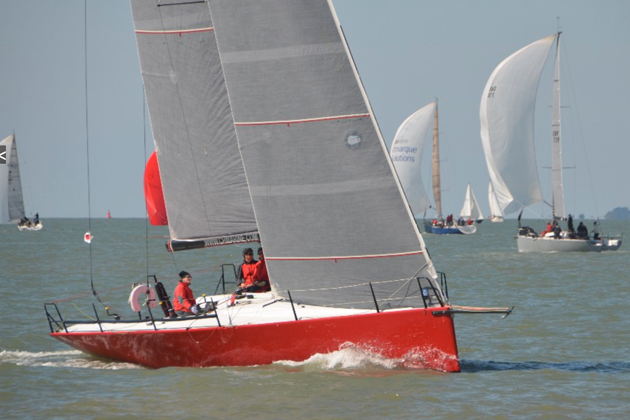 Antix took the 2015 Brooks Macdonald Warsash Spring Championship today with an excellent performance in what were very challenging Solent conditions.

Racing today took place in a 12 knot North Easterly and both races were incredibly close.

Antix took the first race by 32 seconds from Tokoloshe after a 1 hr 40 minute race during which the lead changed on a number of occasions and Race 2 was even closer with Antix the first of four boats that finished within 26 seconds of one another on corrected time.

Skipper Anthony O Leary praised the Antix crew and in particular the bow team of Dylan Gannon and Jamie Donegan whose performance was “faultless throughout the regatta.” 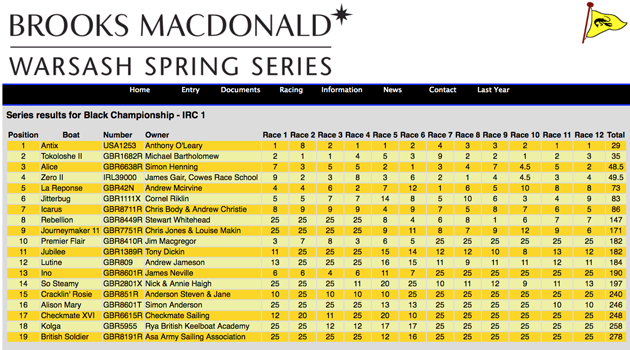 Finding Nemo!
Heat turned up For Final Day in Hyères