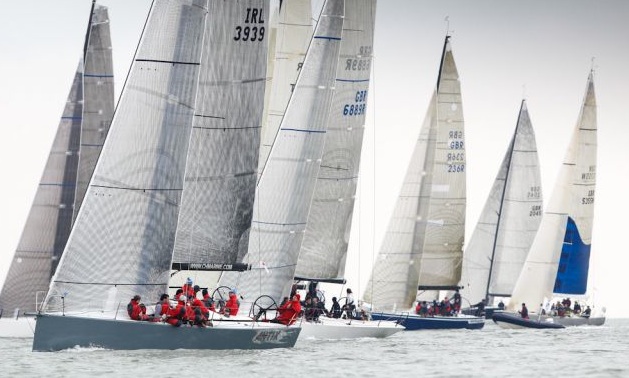 Conditions finally came good to day (Sunday) for the last day of the RORC Easter Challenge with the wind backing into the south and building to double figures. To make up for yesterday’s lack of wind, three races were held for all classes.

Runaway winner in IRC One was South African Michael Bartholomew and his well honed crew on the Hamble-based King 40 Tokoloshe. A 5-1-5 scoreline today saw them conclude the regatta with a nine point lead over Royal Cork’s Anthony O’Leary’s 2010 Commodores’ Cup-winning Ker 39, Antix.  Simon Henning’s Farr 45 Alice was doing well, but was let down by a 13th place in today’s second race causing them to drop to third overall, just two points ahead of the British Keelboat Academy on their Niklas Zennstrom-owned sistership Kolga. The Ker 40 dust-up was close with Jonathan Goring’s Keronimo finishing two and half points ahead of Andrew Pearce’s newer Magnum III.

Despite a strong final push by Jackie Dobson and the crew of the J/133 Jeronimo winning today’s two final races, Jim Macgregor and his Poole-based Elan 410 Premier Flair maintained their lead in IRC Two to win by three points. Andrew McIrvine, ex-Commodore of the RORC, came into his own today with his First 40 La Réponse finishing third in each race today.