Just one point separates the two top boats in the Brooks MacDonald IRC 1 Warsash Spring Championship sailed over this weekend, April 18th and 19th and to be completed next weekend April 25th and 26th.

At the top of the leaderboard Antix is jousting with his old friend, Mike Bartholomew in Tokoloshe II. However, Antix had an OCS in Race 2 and had to restart resulting in an 8th position one point ahead of Tokoloshe II. There are no discards in this championship.

All to play for next weekend!! 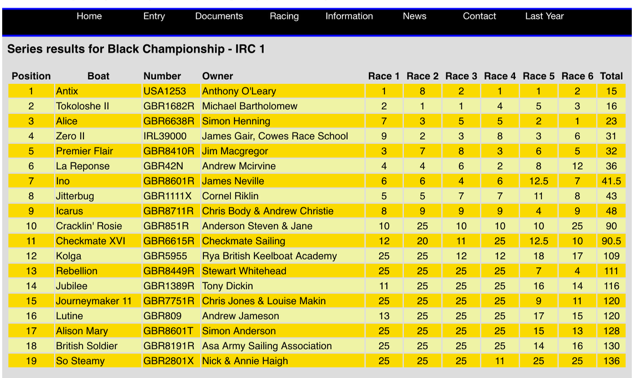