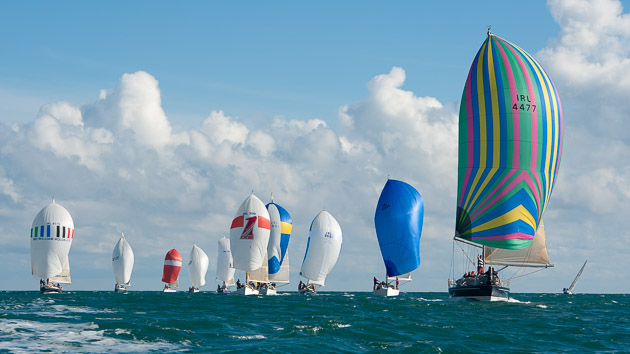 Today was another wonderful October day for the CH Marine Autumn Series. There was bright sunshine after a night of dense fog that cleared exactly as had been forecast. The wind in the outer harbour was 10 to 14 knots from the east but in the inner harbour the Wind Gods were not quite so kind and the wind was a little bit softer about 5 to 7 knots. 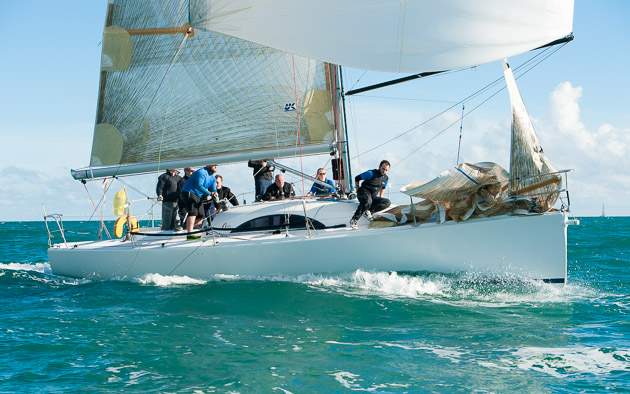 Speaking of the lighter wind in the harbour, RO for Classes 1, 2 and 3, Peter Crowley, would have liked to finish his fleets inside but given the reports of light winds, opted instead for two triangle courses which as it turned out were rather exciting to watch and the racing was not without its moments. In Class 3 there was a coming together and both boats retired. For the second race there was an individual recall and Tom Roche’s Meridian returned to restart. Also in the second race Ian Nagle’s Jelly Baby was playing a blinder and came into the weather mark in the first round in second place. It was a 4.2m tide with low water about 3pm and there were a lot of alternative approaches to the beat. The J80, J92 and the Main Four seemed to be having a ding dong battle on the reach and a bit of a luffing match ensued. 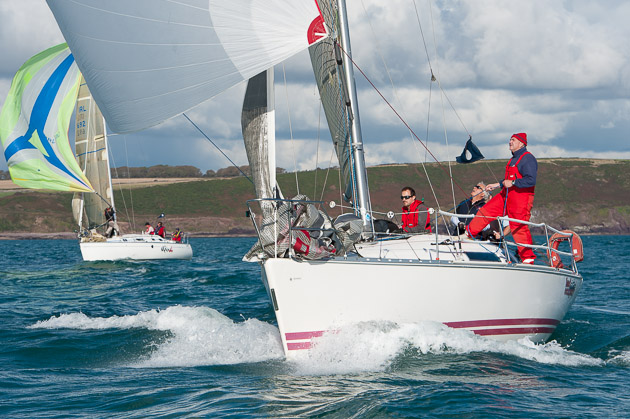 However, inside the harbour David O’Brien’s fleets were sent off from the committee boat, anchored near the No. 8 buoy, in what was the best order, Class 4 first, WS2 and then WS1. They were given a beat to the No. 11 buoy and then back to No. 8 where the course was then shortened. In the second race they were sent off on what was effectively a triangle course. Indeed one wag was heard to mutter that the fastest thing in the harbour for the afternoon was a ship coming through the fleet and indeed any yachts in the path of this ship were quickly shepherded away by Gavin Deane and Mark Ring

Meanwhile Anthony O’Leary had his 1720 fleet down off Cuskinny and they looked quite interesting when the wind eventually filled in during the afternoon.

This series counts for SCORA (South Coast Offshore Racing Association) and we hope to have an update on this during the coming week.

Sunday next will be see the penultimate race of the series with the final race on the following Saturday followed by the prize giving dinner always a highlight of the season. 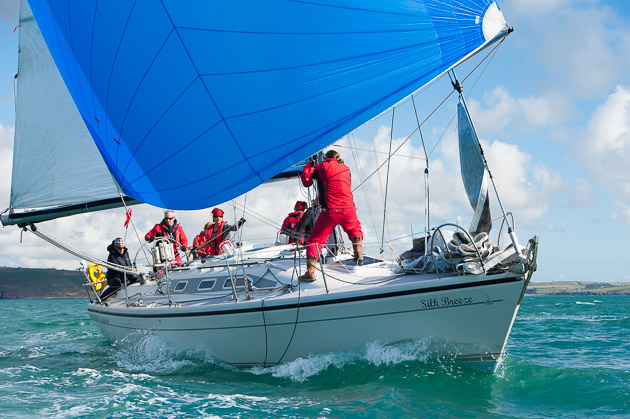 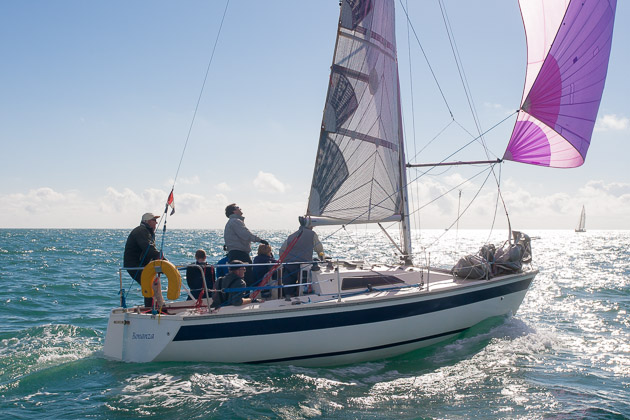 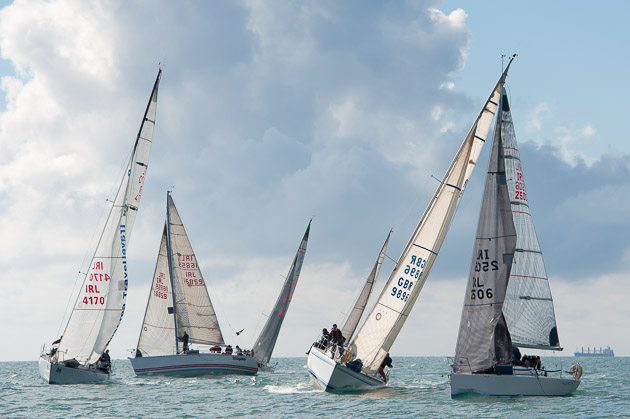 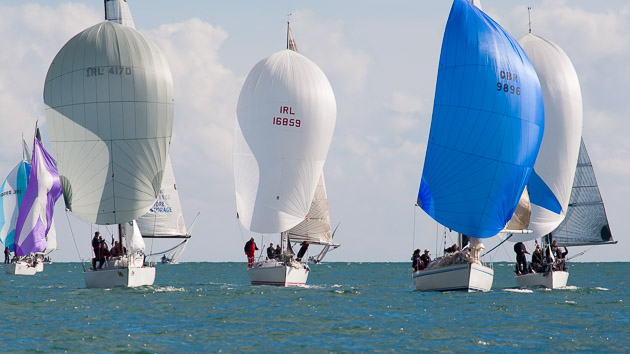 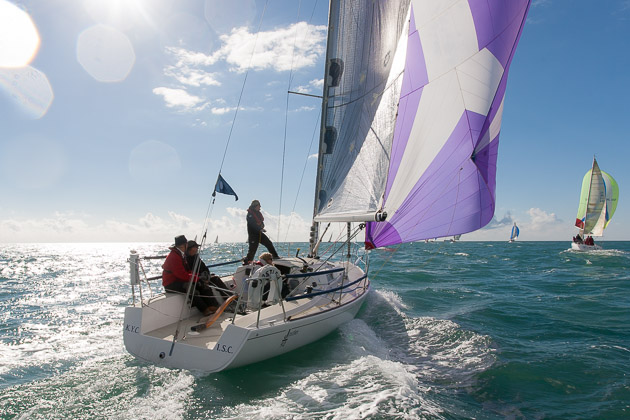 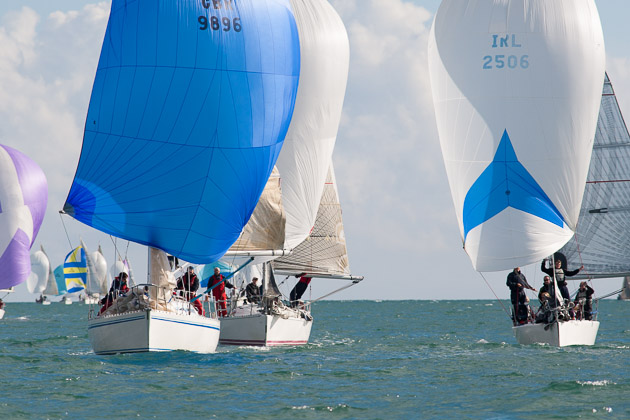