By Deirdre Horgan on May 13, 2015 in Junior Sailing, Optimist, Uncategorized 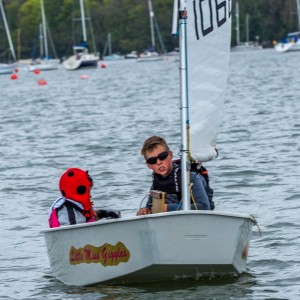 Last Saturday morning 48 new sailors participated in the “Beginner/Improver Optimist Sessions” run by Darren O’Keeffe and his many helpers.  While it was only an increase of 5 sailors on the previous Saturday session held 25th April – 22 of the sailors were new!. 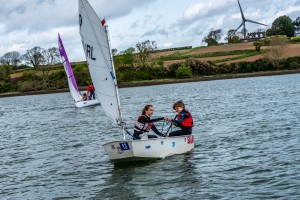 A large number of our experienced Optimist sailors turned out to show the newer sailors the ropes and lots of smiling faces returned ashore after the 2 hours afloat.

Meanwhile the new parents were invited for a coffee and some home baking.  Many picked up a few bargains at the “Buy & Sell” and some got a quick lesson on “how to rig an Optimist” on the front lawn.

Many thanks to Tim Lucas for the photos. 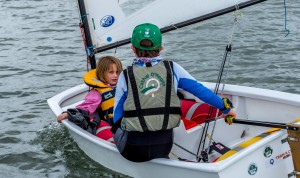 24 sailors raced in the afternoon in the April/May Optimist League.

The Munster Championships are in Kinsale Yacht Club this coming weekend and we wish the 29+ club sailors competing the very best of luck.