With just under two months to the commencement of Cork Week entries are beginning to build momentum and with the fall in value of the Euro against the pound sterling better value is assured for competitors. Cork Week is well on track to deliver it’s usual top notch sailing event particularly to sailors from overseas visiting Ireland’s most prestigious yachting regatta. 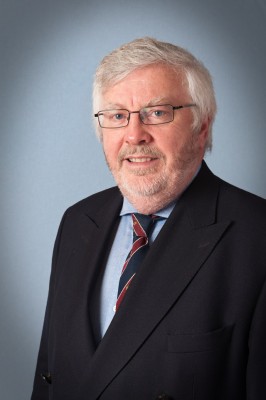 Cork Week Chairman, Pat Lyons, summed up what Cork Week is all about when he said: “Cork Week comes along every two years and offers an occasion to celebrate all that is best about how we can enjoy the wonderful facilities that our environment has placed on our doorstep. In Cork Harbour we have a world class maritime playground. By bringing together a sailing event of international quality the Royal Cork provides an opportunity for both sailors and spectators alike to meet old friends, engage in a top class sailing competition, and enjoy the waterside hospitality and entertainment for which Crosshaven is renowned.”

A bevy of Cork 1720s is expected for Cork Week, they have been seen regularly engaging in work ups and racing in the harbour. Indeed some of the top notchers have been sailing different boats and spreading their expertise throughout the class so hugely competitive sailing is expected here.  Rumour also has it that several professional sailors will be making an appearance to take on top Irish competition. In the IRC racing classes, several winning yachts are returning to defend class wins from 2010 including; Paul Kirwan’s Sigma 38, Errislannan, that was jointly awarded Cork’s top award of Boat of the Week last time out, Conor and Denise Phelans Kerr 37, Jump Juice will be returning to defend their hard fought class victory in 2010 and a large contingent of Corby Yachts is expected. This will include Richard Goransson’s Inga from Sweden, with round the world sailor Matt Humphries calling tactics, and four time Volvo Ocean Race veteran Richard Mason amongst the crew.

Earlier this year, The Royal Cork Yacht Club became the first club in Ireland to be awarded the title of a Five Gold Anchor Marina as well as an ICOMIA (International Council of Marine Industry Associations) Clean Marina. The new General Manager of the Royal Cork Yacht Club is Gavin Deane whose family has been associated with the Club for many years. With twenty years in the high end hospitality business Gavin will ensure that standards for the event will be of the highest order.  “It is a common misconception that Cork Week is expensive. The entry fee for Cork Week includes mooring fees and if you want to arrive a few days before the event and stay a couple more after, there will be no additional charge. With regard to catering facilities, Anthony McCann and his team have been doing an excellent job for the club this year and will have a variety of menus available, including breakfast each morning. In the Tented Village, we will also have BBQ food as well as a food court with gourmet fast food and oriental cuisine, all at competitive prices. We are determined to deliver a memorable event.”

In addition to top class racing, the fabled on-shore craic in the tented village has become one of the main ingredients in the success of Cork Week with some of Ireland’s best bands performing live each evening. However, Cork Week 2012 will have a few changes. There are many non sailing people attracted to Crosshaven during the regatta who do not get out on the water and the Cork Festival will give the event village a more interesting agenda for them and the racing crews at the end of the day. A large exhibition tent has been earmarked for the festival, which takes place on the first weekend of Cork Week. Plans include a whale workshop, an aquarium touch tank and other attractions. The festival will also host cultural and artistic flavours of the region including the work of local artists and vendors of local fare.

Many sailors who work in the marine industry have not been to Cork Week due to the strict policy of not allowing professionals to race in most classes. However, this year the rules have been totally relaxed, one result of this change has been to attract sailors from the Volvo Ocean Race to Cork Week. The round the world race ends in Galway shortly before Cork Week and several sailors involved in the Volvo Ocean Race have already entered for Cork Week. However, there will be no change to course variety at Cork Week Regatta this year and Cork Week scoring will include Progressive ECHO so results will be provided on a dual scoring basis with results and prizes for both IRC and ECHO.

Race Chairman for Cork Week, Anthony O’Leary has confirmed: “It is still a five course Dinner for 2012!  The tantalising finisher on the final day will be the Harbour Course for all yachts and the possibility of a start line from one of the three historic forts of Cork Harbour.” Cork Week has had a separate race team for each course for many years. In many cases race teams have managed  the same course for a number of Cork Weeks so they have the confidence that goes with plenty of practice!”