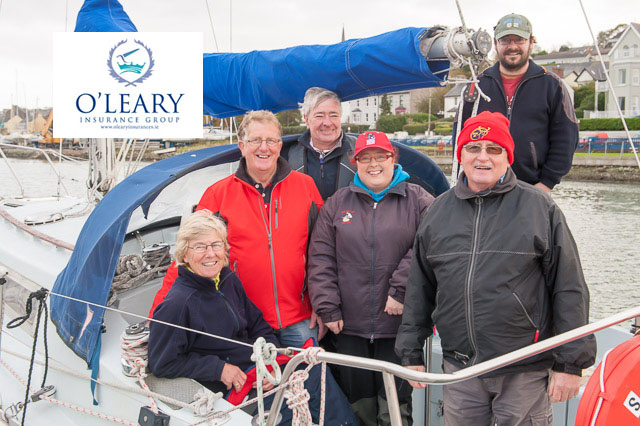 The genial Michael Murphy and his smiling crew from Shelly D in good mood after today’s race. Pic Robert Batemn

It was very noticeable on the way to Crosshaven today that the leaves on the trees had suddenly decided to become a glorious riot of colour and definitely were marking the passing of Autumn to winter.

Today’s race was a light airs start in a westerly breeze and race officers Dave Kearney and Dave Coveney decided on sending the fleet to No. 6  Port, 7 Port, 13 Starboard, 9 Starboard, Cage Starboard, 7 starboard and then to take Cage to Starboard to finish.  Obviously the intention was that after No. 9 if they wanted to shorten the course they could do so. 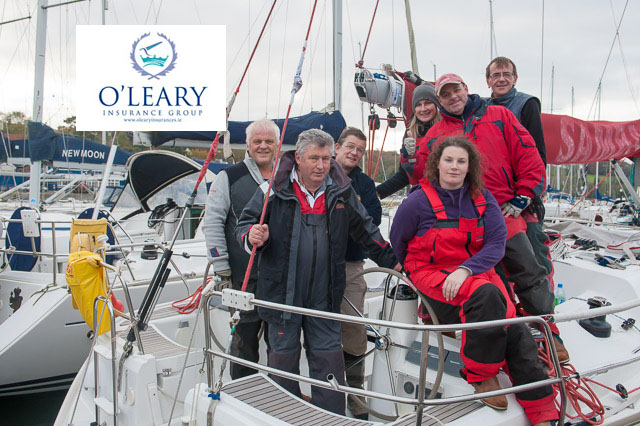 As the fleet made its way under Fort  Camden Meagher it was met with a flood tide coming in the harbour and in the light breeze with the fleet trying  to round the mark all bunched together, there was a little bit of bumpers being played out of which the least said the better!!

However, it turned out to be Conor Phelan’s day in Jump Juice taking the IRC win on the day but, after three races to date, it is still the Martin Darrer/Colman Garvey True Pennance that holds the lead while Denis Murphy’s Aquatack is lying second at the halfway stage in the league.  In second place today was Judy McGrath sailing the Impala Bonanza. 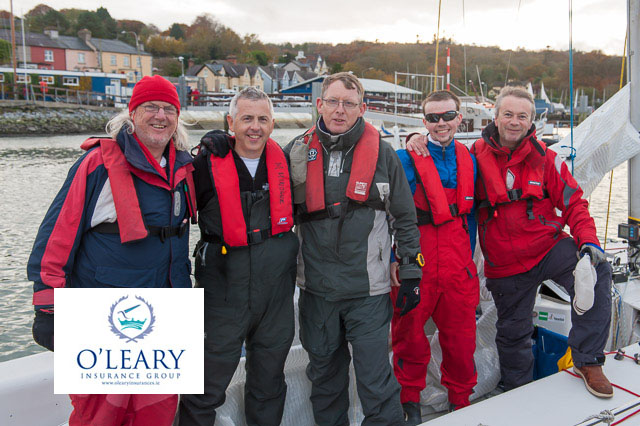 In the Progressive Handicap All In Kieran and Liz O’Brien’s Magnet leads the way with True Pennance second and Pat Vaughan’s Aranis in third place.

Racing will continue next Sunday with FG 12.25