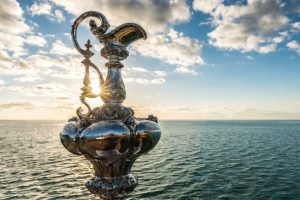 By Communications on January 15, 2021 in Latest

To win the America’s Cup, you must first win the Prada Cup.

From today January 15, the three Challengers for the America’s Cup will compete for the first ever PRADA Cup and the right to meet Emirates Team New Zealand in the 36th America’s Cup Match presented by PRADA. The PRADA Cup, Challenger Selection Series has given many special moments in America’s Cup racing history, and the battles have become a major part of the legend of the Cup.

The PRADA Cup is the significant first stage regatta of one of the major International sporting events in the world this year.

The three challengers will finally race for vital points in the first Round Robin of the selection series. After three years of hard work, they are finally on the water, where speed, tactics and aggression will start to equate to success.

Full coverage is here on YouTube and event information is here.