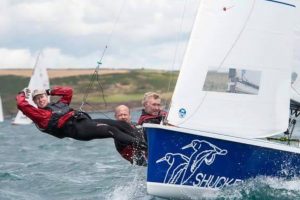 The National 18ft Class Association has very reluctantly concluded that they must cancel the 2020 UK & Irish Championships. The event was due to be held in the Royal Cork Yacht Club this August as part of the Cork300 celebrations however the remaining government restrictions, in particular those on foreign travel and social distancing, will make it impossible to run a successful event. Many options were considered including a deferred 2020 date however to protect the health of all and the sailing and social integrity of the regatta, the decision has been made to cancel.

Whilst this is a big disappointment for all there is a domestic season both in Ireland and the UK which they hope to start soon; a revised calendar will be issued in the coming weeks and an announcement on the rescheduling of the Class Championships will follow shortly.

This decision does not impact the AIB Optimist Nationals or the AIB Laser Nationals which are also planned for August but later in the month. These events continued to be planned for in conjunction with IODAI and the Irish Laser Association.