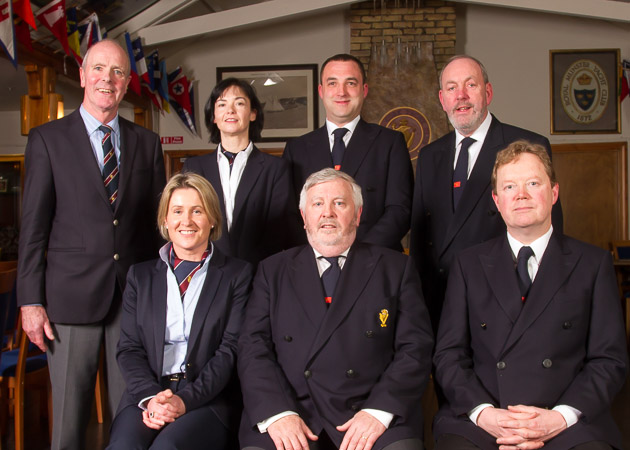 The Annual General Meeting of the Royal Cork Yacht Club took place last evening and attracted a capacity attendance.  Outgoing Admiral Peter Deasy and his team took the meeting through the business of 2013 before handing over to the  incoming Admiral, Pat Lyons and his team.

Admiral  Lyons then paid tribute to the work of the former Admiral  and said” at this time it would be remiss of me not to acknowledge the work done by the 2012-13 Executive Committee, so ably led by  Peter Deasy.  I want to thank him for giving me the opportunity to serve as his Vice-Admiral and for proposing me as Admiral, and I would ask you all to join with me in thanking him and all of the outgoing Executive for their hard work during the past two years.” 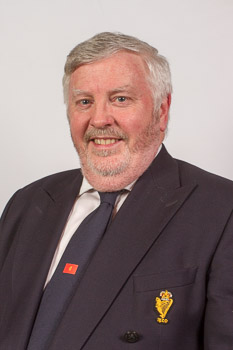 Over time, Members have encouraged the hosting of major events within our Club and the 2014 season will witness a response the these demands.  For 2014, we host three major events.  These are:

Cork Week, which commences on Monday, July 7th, and

The Irish Optimist National Championships, which will be held during the third week of August, and which promises to bring significant numbers of junior sailors and their families to our Club

The success of such major events is dependent to a significant on voluntary effort and I encourage all Members to become involved in facilitating and supporting these events, so as to showcase the well earned reputation of Royal Cork as a location for major national and international sailing events.

Looking farther into the future, during 2013, former Admiral Deasy commenced a process of addressing the Club’s 300th Anniversary, which takes place in just six year’s time, in 2020.  To date, several informal meetings have taken place with a small number of members aimed at capturing a range of ideas relevant to celebrating and marking this unique and auspicious event.  It is my plan to formalise and accelerate this process over the coming months and we will be inviting widespread participation from across all sectors of the membership base in this process.

The Admiral then spoke on issues of membership and other related matter and outlined his ideas for same that would be further discussed with his Executive team.

Concluding his address the Admiral continued  “As I said at the beginning, these are challenging times for our Club, but they are also exciting times.  And as we begin to emerge from the past few difficult years, it is my hope that we can look forward to an exciting future.  Doing so will require work, effort and perseverance.  Not just by the members of the Executive and the designated Sub-committees and staff who work so hard on our behalf, but by you the Members.

As a Club, our strength is drawn from its Members, from their commitment, their loyalty and their support.

For 2014, can I urge you to pledge your own commitment and support to the Club of which we are all justifiably proud?  It is through your support, commitment and loyalty that its continued future will be delivered. “

At the conclusion of the meeting the Admiral invited all present to join with him for refreshments.