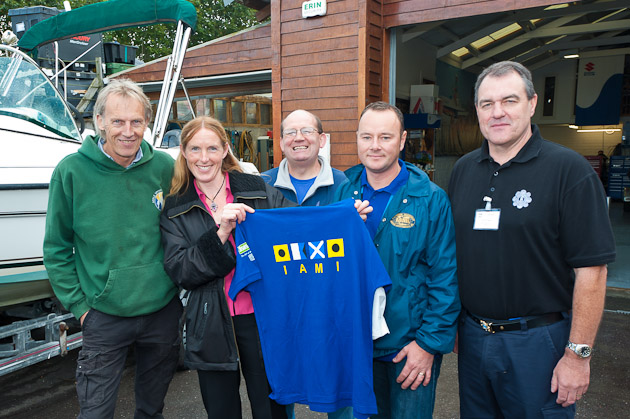 The I.A.M.I,  (Irish Association of Marine Investigators) Conference moved this morning from Silversprings Moran Hotel to the premises of Marine Motors, Passage West Co. Cork, where they were welcomed on behalf of Passage West Town Council by Councillor Marcia D’Alton who gave the delegates a very interesting address on Passage West and it’s long history of Maritime Associations. She also spoke of the relationship with the first steamship to sail the Atlantic from Passage West  under  Captain d’Esterre Roberts one of whose direct descendants, Grattan Roberts was also present. Also in attendance were Gerry Greenway, Manager Revenue Maritime Operations, Kevin Higgins of Marine Motors, Michael O’Donovan of Oysterhaven Boats and Robert Kennedy of O’Leary Insurances Ltd. 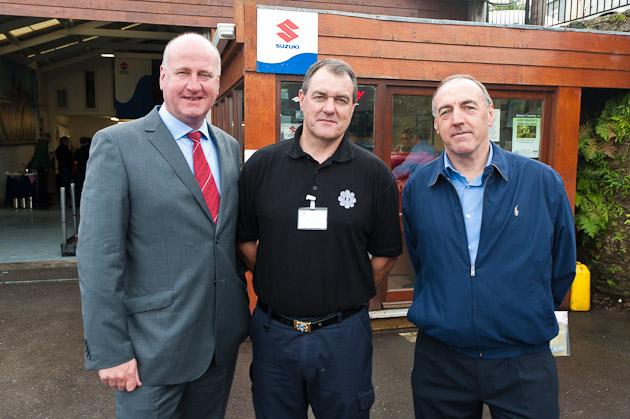 Sergeant Liam Grimes of the Garda Water Unit explained the hugely important function of the Association and the co-operation and exchange of information  that exists throughout Europe between  European Marine Police Units and European Marine Insurance Investigators in their endeavours to combat the ever escalating theft of boats, engines and all marine equipment.  Their presentations and methods of detection explained were most interesting to listen to.

The Conference consisted of workshops and presentations from all units including the Garda water unit.  The Water Unit incorporates the Garda Sub Aqua Unit  and this year alone attended the Volvo Ocean Race at Galway, the Tall Ships Race in Dublin and Cork Week to name but a few. They attended events right around the coast and are now based in Athlone.  The Conference was opened yesterday at Silversprings Moran Hotel by Cork Chief Superintendent Tom Hayes. It is the fifteenth Annual Conference of the Association and the first to be held in Ireland and by all accounts has proven to be highly successful and enjoyable. It concludes this evening (Tues) with a function at Silversprings Moran Hotel.