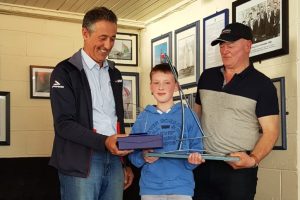 By Craig O'Neill on September 11, 2018 in Latest, Optimist
The Optimist fleet travelled to Tralee Bay Sailing Club for the last event of the year at the weekend. It was another test of character; Saturday had rain, breeze, big chop, a long trek to the racecourse all of which took their toll on the fleet.  Sunday was a little more pleasant – the sun even came out and made the day a little more tolerable despite the very early start (rigged & ready for 0830!!)
For once, Regatta Fleet sailed fewer races than the Main Fleet. We had two sailors competing.  Isha Duggan had a baptism of fire in her first regatta – she bravely headed out, capsized and wisely decided discretion was the better part of valour! Lucy Moynan finished 7th and first U9 girl. 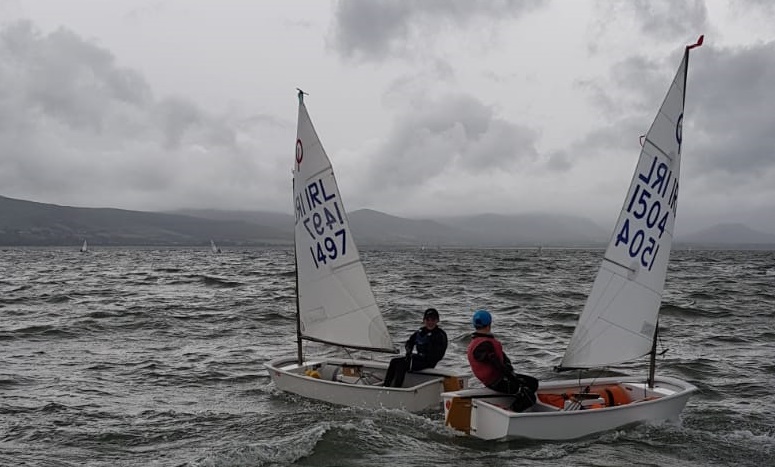 The Junior Fleet was where most of our sailors competed. JP Curtin and Harvey Matthews both fell victim to the breeze. Charlie Venner squeezed a 41st, grinding out two finishes but losing one to a Black Flag DSQ. 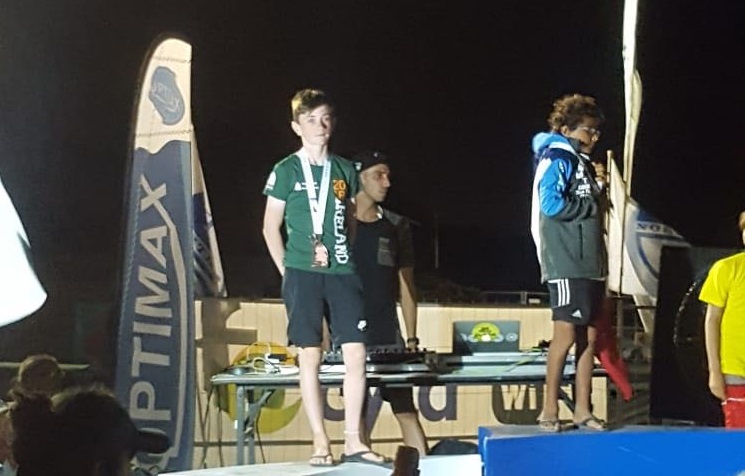 James Dwyer Matthews on the podum at the Optimist Worlds

Senior Fleet was very depleted in numbers but competition was all the more intense for it. Liam Duggan brought back the Currabinny Trophy, a truly magnificent sculpture first presented at the Royal Cork in 1995 for winning Senior Silver and 27th overall. Simon Pritchard in 19th sqeezed ahead of Anna Keal in 20th. James Murphy narrowly missed out on a top 10 place by just 1 point.  Justin Lucas, just returned from Worlds, finished 8th. Jamie Venner came in 7th having performed very consistently all weekend with nothing outside the top 10. James Dwyer Matthews, also just back from the Worlds where he came a superb 19th overall result was our best senior in 3rd overall.

A huge thanks to Aislinn, Saki & Derek for logisitics support – we had 2 additional club ribs on the water as part of the rescue fleet to support TBSC. Thanks too to Mark & the Marina team for getting everything ready to roll.
Of course this is not the end of the season – the big finish is the Cobbler League
running every Sunday in October. This is an open event and we always welcome visitors from far and wide to our shores for championship level racing. Watch out for the Notice of Race!